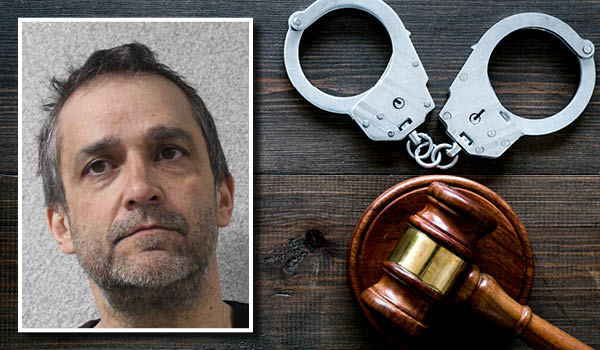 NILES – A former partner in a Niles marijuana business has pleaded guilty to a reduced charge in connection with an incident in late 2019 involving drugs and child sexually abusive activity.

Michael Eugene Heskett, 51, of Niles, pleaded guilty Monday afternoon to one count of fourth-degree criminal sexual conduct and had three other charges dismissed. The plea was accepted by Berrien County Trial Judge Sterling Schrock who set Heskett’s sentencing for Nov. 15.

The charges dismissed as part of the plea agreement were delivery of a controlled substance to a minor, a 40-year felony, aggravated child sexual abusive activity, a 25-year felony and prostitution/engaging the services of a minor, a five-year felony.

The prostitution/engaging the services of a minor charge was reduced to fourth-degree criminal sexual conduct. The latter charge carries a maximum penalty of two years in prison and is considered a high court misdemeanor.

Heskett had been a partner in the HDS Investments marijuana grow facility at Lake and 13th Streets on the city’s northeast side. He left the business in August 2020 after state Marijuana Regulatory Agency officials indicated that his involvement in the operation would be a hindrance to the company getting a state license.

State officials indicated in April 2020 that marijuana license applicants are ineligible to get a license if they have been convicted of or released from incarceration for a felony within the last 10 years. An applicant’s integrity and moral character as well as a criminal arrest can also be factors in granting a license, they said.

HDS had purchased the property from the city of Niles in December, 2018. The three-acre former parking lot is zoned industrial and is across the street from the Tyler sports complex which sits where the Tyler Refrigeration complex once stood.

The girl testified during an August 2020 preliminary hearing that she had known Heskett for three or four years before the alleged incidents in November and December, 2019. She alleged that Heskett gave her cocaine and crack cocaine. The girl, who was 16 at the time, said she also watched it being cooked.

She stated that Heskett asked for sexual favors in exchange for the cocaine and also told her it was her job to take care of him. She said that did provide sexual favors for him and also took photos of herself and Heskett where she was unclothed.

Heskett had been scheduled to go to trial later this month. His trial had been delayed for months due to the COVID-19 pandemic and courthouse restrictions, which limited court proceedings for a number of months.