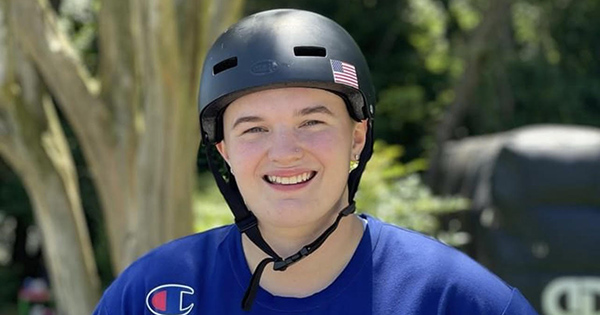 Buchanan’s Hannah Roberts will be the No. 1 seed heading into Saturday night’s BMX Freestyle finals in Tokyo. (Submitted photo)

TOKYO — Buchanan graduate Hannah Roberts will be the No. 1 seed in the Olympic BMX Freestyle finals tonight which air on NBC.

BMX Freestyle is making its Olympic debut and Roberts is the favorite to bring home the gold from Tokyo.

In her two rides Saturday morning (local time) at Ariake Urban Sports Park, Roberts posted scores of 89.90 and 85.60 to earn the top seed in the finals, which means she will go last in the competition tonight.

Teammate Perris Benagas will be the No. 2 seed in the competition, which is scheduled to begin at approximately 9:10 p.m.

Family, friends and fans are gathering at Buchanan’s Common tonight for an Olympic watch party. The party begins at 7 p.m. and is expected to end around midnight.

Edwardsburg’s Priebe to enter Wildcats’ camp as a starter

INDIANAPOLIS — As Northwestern University looks to return to Lucas Oil Stadium to play for the Big Ten championship in... read more