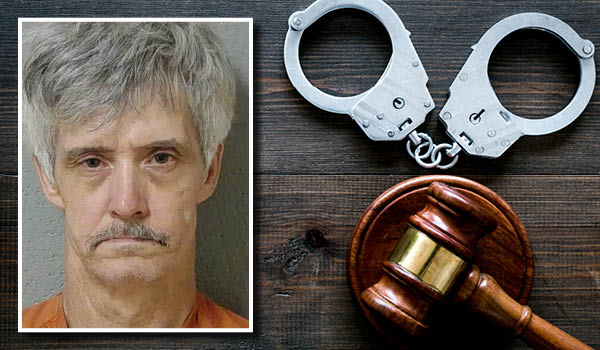 In Cass County Court Friday, a Vandalia man was sentenced to 10 months in jail.

Randy Ray Deweerd, 60, of South Street in Vandalia, pleaded guilty to possession of meth and improper possession of a firearm in a vehicle and was sentenced to 10 months in jail with credit for 12 days served, $1,608 in fines and costs and six-month license suspension on the meth charge. He was given credit for 12 days, $68 and firearm forfeiture on the other charge.

The incident occurred April 16, 2020, at North Shore and Thatcher drives
in Edwardsburg.

Deweerd was out on bond at the time of his sentencing and ordered to appear immediately to the Cass County Jail to start serving his sentence.

“This is a troubling case,” Fitz said. “At age 60, there’s either a long-term drug problem he’s been hiding or he made a foolish decision to use drugs. This is a recipe that can send him to prison. It’s extremely dangerous behavior.”

Defense attorney Robert Drake noted that Deweerd had not been in trouble for 12 years and then back into the 1990s before that.

“You’re sending a 60-year-old man who hasn’t committed a felony in his life before this to jail for 10 months,” he said.

“You put yourself in a position that brought you before the court,” he said. “What pray tell made you use drugs at age 60? You have a son in prison now for meth charges. You need to think long and hard while you’re in jail as to what you want for your future. At your age, your future is limited.”

• Rashaan Collett, 19, of M-51 in Dowagiac, pleaded guilty to violating his probation from a 2020 conviction for interfering with electronic communications and had his probation revoked. He was sentenced to 365 days in jail with credit for 142 days served, which can be served in any correctional facility. He was sentenced Monday to two to five years in prison for attempted assault with intent to do great bodily harm less than murder in Berrien County Trial Court.

• Sean James Milbourn, 19, of Elkhart, pleaded guilty to possession of meth and was sentenced to 270 days in jail with credit for 183 days served and $1,608 in fines, and costs. The incident occurred Aug. 22, 2020 at Elkhart Road and Redfield Street in Edwardsburg

By CHRISTINA CLARK christina.clark@leaderpub.com SOUTHWEST MICHIGAN – Throughout the pandemic, educators and students have navigated new challenges both in classrooms... read more