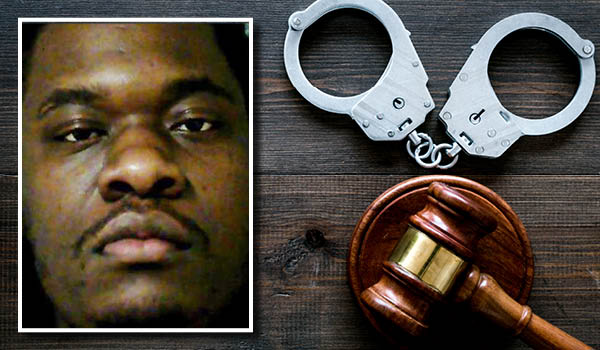 CASSOPOLIS – A Dowagiac man on parole for armed robbery was sent back to prison Friday after being convicted by a Cass County jury last month on weapon charges.

Michael Anthony Smith, 27, of Vineyard Place in Dowagiac, was found guilty of possession of a weapon by a felon and use of a firearm in the commission of a felony and was sentenced to one to five years in prison for the possession charge and a consecutive two-year prison term on the felony firearm charge.

Smith was ordered to pay $1,616 in fines and costs. He has credit for no time served since he was on parole at the time of the offense. He was paroled April 9, 2020, after serving eight years in prison from an April 4, 2012, conviction for armed robbery.

This incident occurred Jan. 6 on Amerihost Drive in Dowagiac. Smith and his girlfriend had an argument in the parking lot there, and the woman shot and his Smith’s vehicle. Police later found the two at the Vineyard Place address and found Smith in possession of a firearm, which a felon cannot possess.

The prison sentences imposed Friday in Cass County Circuit Court will be consecutive to any sentence that is imposed for his parole
violation.

While Smith asked for leniency and mercy, Cass County Circuit Judge Mark Herman said his hands were in large part tied as the law mandates a two year prison sentence for the felony firearm charge. He did say that Smith was due some consideration as no one was hurt, and it was the woman who fired the weapon.

“As a convicted felon, you are not to be around guns,” the judge said. “In the future, if anyone has guns, that’s something you don’t need to be around. If you are running with people who have them, you shouldn’t be with them, and you should extricate yourself.”

Cass County Prosecutor Victor Fitz noted that Smith had been offered a sentence of a year in the county jail but decided to go to trial instead.

“This was another bad decision he made, he could have taken the offer of a year in jail and serve less time,” he said.

“He knew he wasn’t supposed to have a gun and he had a gun,” Fitz added. “Guns are dangerous things, whether they are shot or not. He’s made the comment that he doesn’t want to be a bad guy and go to prison, those are things he can control. If he doesn’t want to go, don’t possess a gun and don’t break the law.”

DOWAGIAC — Earl Collins is no stranger to the food industry. A Dowagiac resident, Collins has been cooking since he... read more