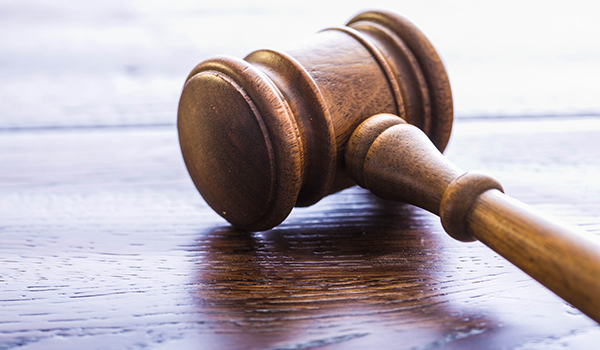 CASSOPOLIS – A Dowagiac man who hit his mother during an argument was sentenced to a year in the county jail Friday in Cass County Circuit Court.

Joseph Anthony Donoho, 28, of Middle Crossing Road in Dowagiac, pleaded guilty to third offense domestic violence and was sentenced to a year in jail. He has credit for 102 days already served and must pay $1,458 in fines and costs.

Donoho also pleaded guilty to violating his probation from a 2017 case where he had been on probation for possession of a firearm by a felon and resisting and obstructing police. His probation was revoked in that case, and he was sentenced to a year in jail with credit for 468 days already served.

In the most recent incident, police were called on April 5 to his mother’s Howard Township home where she was found with marks on her face from Donoho hitting her with his fist.

Cass County Prosecutor Victor Fitz noted that this was Donoho’s sixth conviction for violence. “What you did was despicable. You don’t hit your mother or your father,” he said. “You need to find a different way to respond.”

“You’re 28 years old, your life will be a real train wreck if you don’t change your ways,” Fitz added. “You need to break the cycle instead of continuing to perpetuate it.  You should be ashamed of yourself.”

“I made a terrible mistake and I’m learning from it now,” Donoho said before the sentencing. “I hope to do better in the future for myself and my child.”

“I don’t know what kind of man hits his mother with his fist. He’s not much of a man,” Cass County Circuit Judge Mark Herman said. “At 28 years old, you would think you eventually put two and two together that hitting somebody doesn’t solve the problem.”

Herman warned Donoho that he could go to prison if he is convicted of another assault charge. “You have to get it through your thick skull that if you hit somebody, you’re going to prison,” he said. “Either figure out a different way to address your issues or you’re going to come back and go to prison or spend a year in jail.”

DOWAGIAC — The City of Dowagiac has moved one step closer toward the realization of an outdoors project that has... read more