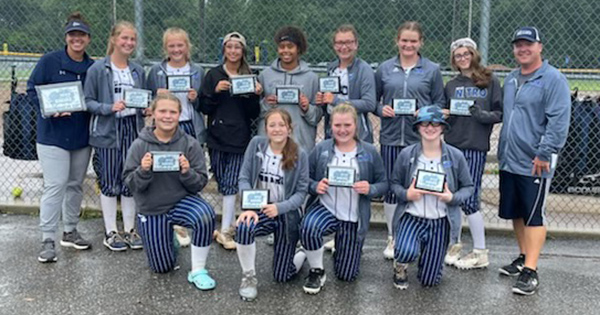 Niles Nitro 13U finishes second at War by the Shore

NILES — The Niles Nitro 13U travel softball team finished second at the War by the Shore Tournament in Portage, Indiana last weekend.

In pool play, the Nitro defeated Portage Elite 14U 5-4 and Summit City Select 14U 7-2 to advance into bracket play.

In bracket play, Niles defeated Full Tilt 14U 11-7 and Midwest Pride 14U 11-4 to advance to the semifinals.

Unfortunately, rain washed out the remainder of the tournament. The Nitro were scheduled to face Michiana Reps 14U in their semifinal contest. Since both teams were undefeated, Michiana Rep won the tournament championship based on criteria, which was runs allowed.

“Coaches and parents are extremely proud of the girls for playing well, especially against older teams,” said Coach Mike Behnke.

The Niles Nitro roster is made up of players from Niles, Dowagiac, Hartford, Decatur and the South Bend area.