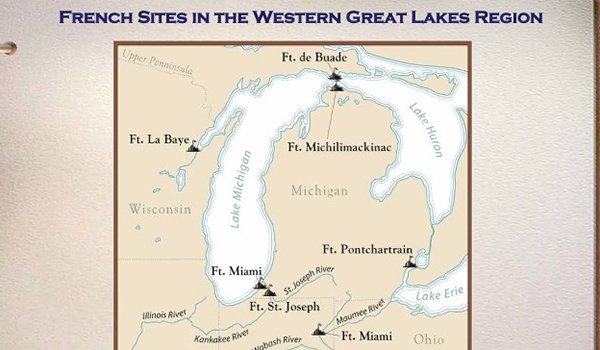 NILES – With his two decades of experience as the lead investigator of the Fort St. Joseph archaeology project, it is fitting that Dr. Michael Nassaney kicked off this summer’s archaeology lecture series Wednesday night. The project and lecture series’ theme this year is “People of the Post.”

This year’s lecture series is being hosted virtually on four Wednesdays in July. Each lecture begins at 7 p.m. and is available via Zoom to all those who are interested. People can find the login information on the Niles District Library’s website. The lectures are being recorded and will be available for viewing after the final lecture is done.

Future programs include “Men in Black: The Jesuits and their Work at Fort St. Joseph” by Western Michigan University history professor Jose Antonio Brandao on July 14 and “He will never do in that command: Ensign Francis Schlosser of the 60th Regiment” by Michigan Historical Society education director Robert Myers on July 21.

The series will conclude July 28 with a program on “A Retrospective on the Chevalier Family, Their Roles and Relationships at Fort St. Joseph: 1730-1780” by Loraine DiCerbo. DiCerbo is the Habitant Heritage editor for the French-Canadian Heritage Society.

Nassaney, a professor emeritus of anthropology at Western Michigan, guided the Fort St. Joseph archaeology project since 1998 when the first excavations were made. The site of the fort was discovered in 2002 and he has led field schools for students and volunteers most years since then in a partnership between Western Michigan and the city of Niles.

“In over 20 years at the fort site, we’ve learned so much about the people of the post which is the theme of this season,” Nassaney told those gathered online for the program.

His presentation began with an overview of the project including how it came about. From there, he gave more details of what has been discovered over the years and what those discoveries tell us today about the people who lived at and around the fort. Fort St. Joseph was established in 1691 and was abandoned and destroyed in 1781.

He noted that the documents and artifacts found over the years show what happened when Europeans arrived and their encounters with the Native Americans who lived here. “The goal is to determine what happened in the past and then who did it, who were involved,” he said.

Nassaney reported that Fort St. Joseph was one of several French forts in the Midwest. It was established in 1691 to create alliances with the local Native population, both on the religious level with the arrival of Jesuit priests and on the commercial level with voyageur and fur trader interactions.

By the 1700s, the fort was home to a commandant, eight to 10 soldiers and officers, a blacksmith, an itinerant priest, an interpreter and 15 or so fur traders with their families. In addition, he said as many as 1,000 people lived across the river from the fort in well-established Native communities.

He said archaeology allows people today to go beyond the historical documents and learn about those who lived at the fort by studying the remains of everyday life such as bones, beads and objects worn out and discarded. “That’s where archaeology can make the greatest contribution,” he said.

With more than 300,000 artifacts recovered to date, Nassaney said they have been able to find religious items such as crosses, medallions and a cilice, which had small spikes reminding the wearer of the suffering of Christ.

They have also found items as well that speak to the presence of fur traders with the beads, silver, knives, guns and kettles they traded for fur. Other items found included gaming pieces, pipes, rings, a mouth harp, buttons, musket balls and even tinkling cones worn on Native American clothes.

“Overall, what we’ve found demonstrates that a multi-ethnic population occupied the fort who used material objects to express distinctive social, ethnic, gendered and occupational identities,” he said. “These items express who they were.”

“The archaeology of Fort St. Joseph has much to reveal about the people who occupied this important colonial settlement on the frontier of New France,” he added. “We have at least 20 more years of new investigation at this site. The next generation will learn quite a bit more about the people of the post.”

Nassaney answered a number of questions from audience members at the close of the program. Some wanted to know about the Spanish who occupied the fort for one day in 1781, while others asked about the relationship of the fort to present-day Niles. He said the fort was destroyed and the site abandoned by the time early settlers arrived in the 1830s.