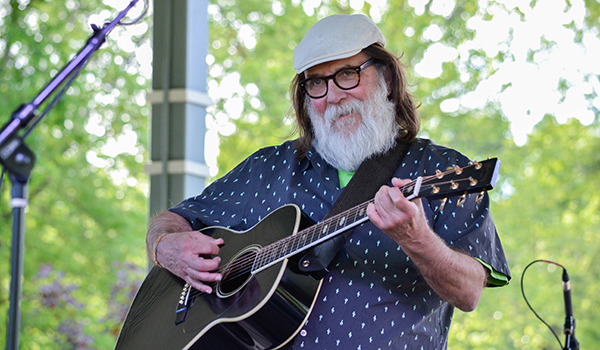 NILES – Both the Niles Bluegrass Festival and Niles Riverfest will be returning to parks downtown this summer.

Josh Sitarz, president of the Riverfront Optimist Club of Niles, is excited to see both events come back to the city.

“Back in early 2020, we had a problem with the city where [the event application] was denied. We were all upset, and wanted to move forward to make it happen trying to use suggestions with the city,” Sitarz said.

By the following weekend after the March 9 city council meeting in 2020, schools had been closed by the arrival of COVID-19 in Michigan.

This year, Sitarz is spearheading both the Niles Bluegrass Festival and Niles Riverfest traditions, working closely with the city. The Riverfest Dragon Boat Races and Anything That Floats attractions will not be taking place this year, but Sitarz is hopeful they will return in the future.

He has been keeping in close contact with Mayor Nick Shelton, City Clerk Linda Casperson and City Administrator Ric Huff to keep communications moving forward through the application and event approval processes.

“After we got denied [in 2020], we talked about how we could go forward with it,” Sitarz said. “I said I liked communications and knowing about concerns [previous to meetings] that we were not able to fix [during the city council meeting]. That’s what we did this year. Everybody knew what was going on.”

During the June 14 Niles City Council meeting where the Riverfest event was approved, Mayor Shelton thanked the Riverfront Optimist Club of Niles and Sitarz for their willingness to communicate and work through the process with the city.

“I think we can all agree and recognize that having events in our community is a great thing, but it has to be collaborative and has to be a team effort,” Shelton said.

Sitarz learned quickly how the process to plan an event worked with city officials through the past year. This year, he is happy to be celebrating the return of events with the community.

“We felt that this is a good time,” Sitarz said.

Riverfest was last hosted in Niles officially in 2014. The Niles Bluegrass Festival is an annual tradition for many area residents.

As the Niles Bluegrass Festival approaches first in July, Sitarz said the organizers are still looking for vendors to sign up. The band list is nearing completion with between 14 and 15 artists on the stage schedule. There will be craft, commercial and food vendors on site.

On Thursday, July 8, Fillmore’s Ladder will headline, followed on Friday by Stealin’ The Farm and The Whistle Stop Revue. On Saturday, Fullcord Bluegrass Band and Bluegrass music from all around the world will be featured. The festival will wrap up on Sunday evening, as it blurs into the Niles Music and More evening music event with featured artist Daryl Buchanan.

For more details on the Niles Bluegrass Festival and Riverfest, visit the Riverfront Optimist Club of Niles and Niles Family Fun Fair and Music Festival pages on Facebook.

SOUTHWEST MICHIGAN — As of Wednesday, Berrien County reported 13,927 COVID-19 cases and 269 deaths, according to the Michigan Department... read more