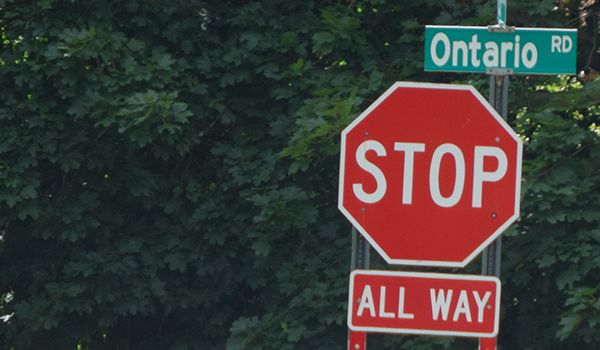 NILES TOWNSHIP – Residents concerned with the safety of a busy intersection and the rise in theft spoke to the Niles Charter Township Board Monday evening.

Eight residents were in attendance at the Niles township board’s meeting Monday to discuss more law enforcement, rise in crimes and a busy four-way-stop intersection.

Berrien County Sheriff’s Office Lt. Richard Johnson attended the regular board meeting to give the police report for April 2021.

“Stolen vehicles have been way up,” Johnson said. “I don’t know if it’s a group of kids, [but] lock your cars. Don’t leave valuables sitting on the seat that they can see from the outside of the vehicle.”

Brandywine Creek subdivision resident Peggy Hopper spoke out against what she sees as an increase in crime, saying vehicles and bicycles have been stolen from her neighborhood. She said she favors increasing funding for the BCSO in the township.

During a May 17 meeting, Berrien County Sheriff Paul Bailey proposed increasing the Niles Township area’s BCSO budget to accommodate 12 deputies for the area. The area currently is budgeted to accommodate seven.

“I understand that you are looking into August 2022 to pass a millage,” Hopper said. “That’s more than a year away. [With] the crime the way it is right now, it makes me very concerned.”

Hopper said the township needed to do something “now.”

Public safety concerns did not end with stolen vehicle complaints. Residents living at the Ontario road and 13th Street intersection raised concerns about the traffic at the meeting.

Larry Dash, a resident at the corner of the intersection, said his fence had been damaged “four or five times a year” by accidents.

“It’s a four-way stop, and a lot of these dummies don’t know what a stop sign is,” Dash said. “I think a blinking red light may help.”

Another neighbor voiced her concern that her child could not play in the front of the house in the family’s driveway due to the risk of people speeding and crashing at the intersection.

“We can only ask them to follow through on it,” Stover said.

The board discussed potentially exploring lower-cost solutions, including lighted or blinking stop signs, to make the intersection more visible.

Also during the meeting, the township board approved an application for a fireworks display from the Orchard Hills Country Club at 10 p.m. July 4.