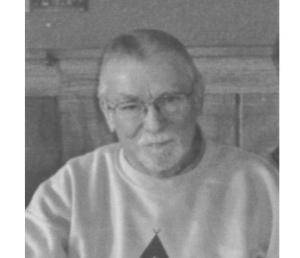 William “Bill” Mersereau, known to many as the “drivin’mutha” still others as “The Legend” passed away Jan. 4, 2021. He was born March 24, 1941, a few minutes after his “older” twin brother Chuck, at Lee Memorial Hospital of Dowagiac to Charles & Louise Mersereau. As they grew up, the boys were constant companions of mischief, according to their mother. They graduated from Dowagiac in 1959. Not long afterwards, Chuck went into the Army for his service, while Mr. Bill joined the National Guard. Throughout their lives, what one was doing, the other did as well.

On May 20, 1967, Mr. Bill took Mary Jo Stolley as his wife. They made their home, raised their family, and lived in the Sister Lakes area for 53 plus years. Bill was an avid bowler, hence the nick name ‘the legend.’ Racing was the love he and his brother shared their entire lives together. Neither were race car drivers, but loved any kind of race car racing.

Bill worked at Continental Can in St. Joseph until it closed in 1995. He went to work driving recreational trucks to a Florida dealership. From there he added to his driving skills for the Haggin/Wimberely Dealership. Bill’s driving expertise was further used to drive cars to Florida for several ‘snowbirds’. Hence the nick name “The Drivin mutha.” We joked about how he spent his winters in Florida, 3 days at a time.

A Celebration of Life service will be held on Saturday, June 26, 2021, at 11 a.m. at Clark Chapel, 405 Center St., Dowagiac. Friends may visit with the family on Saturday from 10 a.m. until the time of the service. Burial will follow at Riverside Cemetery in Dowagiac. Memorial contributions in Bill’s name may be made to Caring Circle Hospice or Big Brothers Big Sisters of Southwest Michigan. Friends wishing to leave the family a message of condolence may do so at clarkch.com. Arrangements have been entrusted to Clark Chapel in Dowagiac.