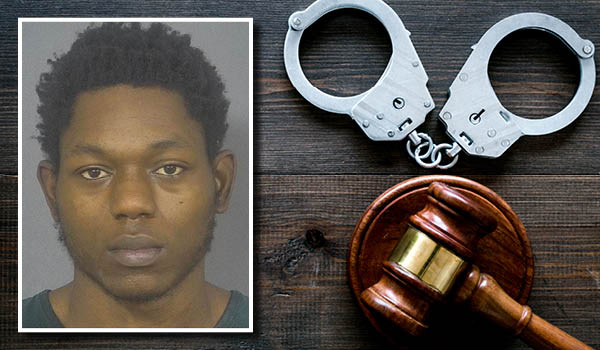 NILES – A South Bend man was sentenced to prison Monday in Berrien County Trial Court for the robbery of a Niles Township business in 2019.

Vernon Charles Johnson III, 22, of South Bend, pleaded guilty to unarmed robbery and was sentenced to seven years to 15 years in prison. He must pay $258 in fines and costs and $3,350 in restitution. He has credit for 178 days already served.

The incident occurred Nov. 30, 2019, at the Approved Cash Advance business on South 11th Street in Niles Township. Charges of unlawful imprisonment, use of a firearm in the commission of a felony and being a habitual offender were dismissed as part of the plea agreement.

Johnson also awaits sentencing on armed robbery charges in St. Joseph County, Indiana. That incident happened a year before the Niles Township robbery, occurring on July 1, 2018, at the EZ Stop shop in Mishawaka.

He was the subject of a Michiana Crime Stoppers bulletin in 2020 for both crimes. After being arrested in Indiana last year, he waived extradition to Michigan to face the robbery charge for the Advanced Cash Advance incident.

Defense attorney Peter Johnson noted that his client has a drug problem and asked for a probation sentence where he can get treatment for his drug addiction.

For his part, Vernon Johnson apologized to the store employee who he robbed.

“I would like to apologize to her for and her family for causing them stress and to the people of Niles for disturbing the area,” he said. “I take full responsibility for my behavior, I’m ready to move on.”

Berrien County Trial Judge Sterling Schrock noted that Johnson was out on bond in the Mishawaka robbery case when he committed this offense.

“Your behavior was so significant, there’s only one way to view it,” the judge said. “You have another armed robbery conviction … With this sort of behavior, there’s no appropriate place for you to be except to be away from people.”

The sentencing for another area man was delayed after he failed to appear earlier for a presentence screening with the Michigan Department of Corrections.

Rashaan Collett, 19, was remanded back into custody until the MDOC can complete the presentencing screening. A new sentencing date will be set after that is done.

Collett has pleaded guilty to attempted assault with intent to do great bodily harm less than murder, a five-year felony, for a Jan. 18 incident in Buchanan.

NILES — This weekend, Niles residents got their groove on as a summer tradition returned to Riverfront Park. Bob Seger... read more