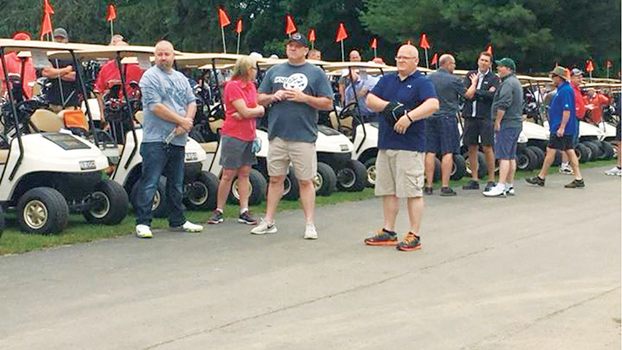 DOWAGIAC — One year after having to cancel the Chieftain Golf Outing due to the COVID-19 pandemic, the Dowagiac Athletic Department and Dowagiac Union School’s Foundation will host the event June 24 at Indian Lake Hills Golf Course near Eau Claire.

The Chieftain Golf Outing started in 2004 with the goal of raising between $15,000 and $20,000. Former Chicago Bears great Gale Sayers played in the inaugural outing.

Along with 18 holes of golf at Indian Lake Hills, there is a hole-in-one contest, longest drive and closest to the pin contests for both men and women, mulligans, a silent auction, cookout and beverages, along with raffles and prizes.

There are still openings to play in this year’s event. The cost is $500 per team, which consists of four players. Individuals may also register for the event at $125 per person.

Sponsorships are also still available. They are:

Platinum Level Sponsor $2000 and above

At the platinum level, businesses will be recognized during the reception following the outing and on signage at the registration area, will be included in all district-wide publicity, and the entry for one foursome for each $1,000 contributed will be paid.

Same as the Platinum Level, but only one foursome included.

As an athletic scholarship hole sponsor, businesses will provide one qualifying Dowagiac student-athlete a college scholarship to be awarded at the annual All-Sports Banquet. Businesses will be recognized at the presentation of the scholarship, as well as with signage at one of the holes and the registration area.

At the silver level, businesses will be a sponsor in the longest drive, closest to pin or hole-in-one contests.

At the bronze level, a business will be named on one of the 18 holes as a Hole Sponsor.

As a merchandise sponsor, businesses can donate merchandise or gift certificates to be used as prizes.

Businesses could also donate services for the outing.

ORONOKO TOWNSHIP – A DeKalb, Illinois, man is dead and a Benton Harbor teen has been arrested after a crash... read more