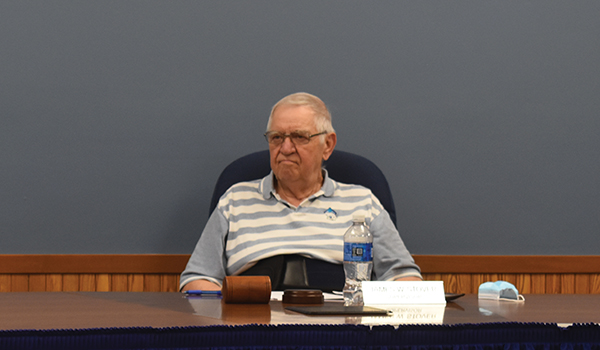 NILES TOWNSHIP — The Niles Township Board of Trustees is considering adding a millage to the August 2022 ballot.

An item from the last Niles Township Board of Trustees meeting spilled over into Monday’s discussion, with trustees agreeing to consider a millage to support additional law enforcement officers within the township.

Last month, Berrien County Sheriff Paul Bailey proposed adding five additional deputies to the Niles Township area to increase its total number of deputies to 12. As the township does not have its own police force, the township currently contracts with the sheriff’s office for seven deputies and one secretary. In 2021, the township budgeted roughly $1,042,000 for the contract.

The department is currently staffed enough to put one patrol car on during the day, one patrol on late night, and two patrol cars in the afternoons.

Berrien County Sheriff’s Lt. Richard Johnson attended Monday’s meeting. He told the board additional officers are needed due to a high volume of calls in Niles Township.

He said the lack of officers in the township not only leaves existing officers overworked, but leads to long response times on calls and creates dangerous situations where officers can be left without backup.

“It’s just so unsafe with the world the way it is today. It’s not like it was when [the sheriff’s office] took over 15 years ago,” Johnson said. “With everything going on, it’s just making it a whole lot more unsafe for the guys that are out here.”

The board agreed there is a need for additional officers in the township, but Treasurer Jim Ringler said there are not funds in the general fund to support the five other officers. Instead, he said a millage would be necessary. He said one mill, or $1 for every $1,000 of taxable value, would be enough to fund the additional officers.

“[The officers] earn every penny they make, believe me, the general fund cannot absorb this,” Ringler said. “We need a millage. We really do.”

Board members suggested forming a committee of community members to educate the public on the millage and garner support.

The earliest the township could put a millage on the ballot is August 2022, according to Ringler. Johnson said he felt that was a long time to wait and encouraged the board to consider finding a way to add at least two additional officers sooner.

“That would allow us to cover midnights and days where we have at least two people working all the time on every shift,” he said. “With two more people right this second, we could have two on days, two on afternoons and two on nights every single day.”

NILES – The drive into Brandywine Middle/High School will look different come later this summer. On Monday, the Brandywine Board... read more