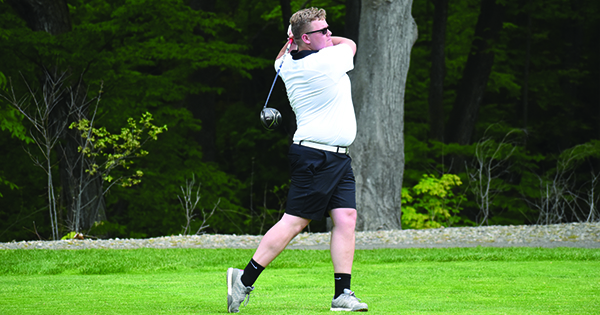 Buchanan’s Ethan Valentine shot 80 at the Division 3 Regional a Hawkshead Wednesday to qualify for the state finals. (Leader file photo)

SOUTH HAVEN — Ethan Valentine and John Gartland, of Buchanan, qualified as individuals for the Division 3 state golf finals, which will be hosted by Grand Valley State University at The Meadows June 11-12.

Valentine and Gartland were the top two finishers who were not on a qualifying team at the Division 3 Regional hosted by South Haven at Hawkshead Wednesday. Valentine shot a round of 80, and Gartland shot 85. Hillsdale’s Corbyn Beach was the third individual qualifier as he also shot an 85.

Lake Odessa Lakewood won the regional championship with a team score of 331. Schoolcraft finished second with a 367 and Parchment third with a 372. All three teams advance to the state finals. 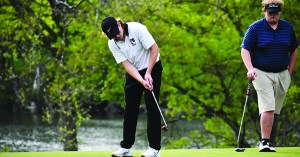 The Bucks’ John Gartland finished with an 85 to also qualify for the Division 3 state golf finals. (Leader file photo)

Lakewood’s Trevor Simon was the medalist after finishing with a 75.

Jonathan Bontrager led Dowagiac with a round of 92. Ben McKee led the Bobcats with a score of 125.

SOUTHWEST MICHIGAN — As of Wednesday, Berrien County reported 13,209 COVID-19 cases and 267 deaths, according to the Michigan Department... read more