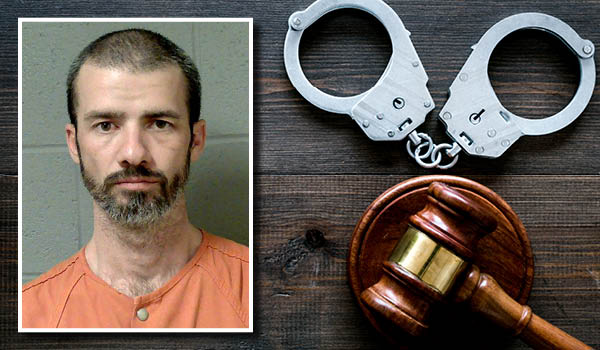 CASSOPOLIS – The second of two men involved in the January 2020 murder of Michael Collins in Dowagiac has pleaded guilty.

Penar, 40, of White Pigeon, faces a minimum sentence of 26 years in prison as part of a plea agreement between his attorney and the Cass County Prosecutor’s Office. He had faced a mandatory sentence of life in prison if he had been convicted of first-degree murder.

Cass County Prosecutor Victor Fitz reported details of the plea agreement in court Monday afternoon. Fitz said that Penar would be pleading guilty to one count of second-degree murder with all other charges dismissed including one of open murder.

In addition, Fitz said the minimum sentence for Penar would be 26 years in prison. The 11 felony charges being dismissed include open murder and armed robbery in connection with Collins’ death.

Cass County Circuit Judge Mark Herman told Penar that he will have the opportunity to withdraw his plea if the court does not impose the 26-year minimum sentence. If that would happen, the matter would go to trial this summer.

Defense attorney Greg Feldman asked Penar a series of several questions about the Jan. 27, 2020, incident at a home on Louise Street in Dowagiac to serve as a factual basis for the plea.

Penar testified under oath that he had planned to move into the home on Louise Street in Dowagiac and had taken some items there in anticipation of the move, which he said later fell apart. He said he was going to the home that evening to get his items back.

Feldman stated and Penar agreed that Penar had engaged Carlton to go with him that evening. Penar said he had been introduced to Carlton by his girlfriend and went to Kalamazoo that evening to pick him up. He said that he became aware as they approached Dowagiac that Carlton had a weapon, masks and zip ties to restrain people.

Penar acknowledged that he did nothing to stop Carlton from taking those items into the Louise Street home and that the two in fact entered the residence with face masks on to obscure their identity. Penar said that Collins was shot almost immediately by Carlton and that three others in the home were restrained.

Penar further testified that they went through the home and took jewelry, cash, drugs and other items with them. After leaving the home, they threw their cellular phones out in a field around 10 miles outside of Dowagiac.

He said they went to a Meijer’s store, purchased some items and them he dropped Carlton off in Kalamazoo. Penar went back to White Pigeon where he contacted police, telling them what had happened and where to find Carlton.

Carlton, 42, pleaded guilty to second-degree murder last fall and was sentenced in mid-December to 43 years to 70 years in prison. More than a dozen charges against Carlton were dismissed as part of that plea agreement.

At the time of his sentencing, Carlton apologized to Collins’ family and to his own.

“I do apologize for the loss of their father, if I could take it back, I would do it in a heartbeat,” he said. “I also apologize to my children, they shouldn’t have to suffer for me. … Our intent was to get the money back he had stolen from us. He rushed us, and I took his life.”

By MAXWELL HARDEN max.harden@leaderpub.com DOWAGIAC — The city of Dowagiac has been bustling with projects in recent months. From the... read more