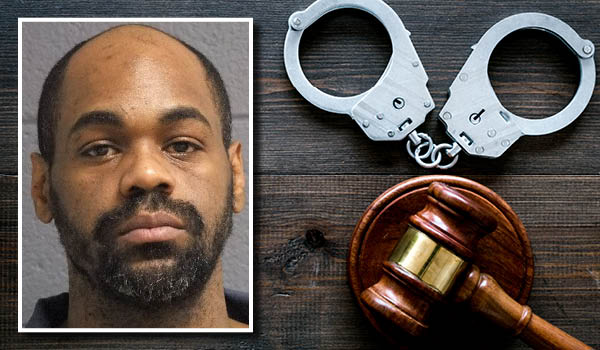 Andinea Marshall Brown, 48, of Buchanan, pleaded guilty to possession of narcotics/cocaine less than 25 grams and was sentenced to 120 days in jail with credit for no time served and $198 in fines and costs. His license was suspended for 180 days.

Brown has been in jail for 53 days but is getting no credit for that since he is currently on parole from a previous prison sentence. His past record includes a 2013 conviction for receiving and concealing stolen property and a 2010 conviction for home invasion.

This incident occurred March 26 when a search of his home by the Southwest Michigan Enforcement Team found drugs and scales and he admitted to selling drugs to support his own drug habit.

Defense attorney Carri Briseno noted that Brown reported that he feels healthier since being incarcerated as it has forced him to be clean and sober.

“He’s extremely intelligent and understands his addiction,” she said.

For his part, Brown apologized to the court and to the city of Buchanan “for my stupidity.”

Berrien County Trial Judge Sterling Schrock noted that Brown was on parole and had absconded from it for a number of years.

The fact that he is on parole and absconded from it for a long period of time is grounds to sentence him to jail,” he said.

Also Monday, Jimmie Lee Brown, 60, pleaded guilty to possession of narcotics/cocaine less than 25 grams and was sentenced to 180 days in jail with credit for 48 days served. He must pay $198 in fines and costs and had his license suspended for 365 days.

The incident occurred March 30 in Niles.

Briseno acknowledged that Brown’s last probation was revoked and was not sure what other court services can be provided to him. Brown asked the judge to be as lenient as possible.

Judge Schrock noted that Brown had defied “any and all court orders” and that was reasonable grounds to sentence him to jail. New sentencing rules recently enacted require judges to give a reason to sentence defendants to jail in certain circumstances where sentencing guidelines do not call for prison.

A former Niles resident was sentenced to a short jail sentence Monday.

Michael Duane Carroll, 34, now of South Bend, pleaded guilty to attempted fourth-degree fleeing and eluding police and was sentenced to 21 days in jail with credit for two days served and $725 in fines and costs.

The incident occurred Nov. 13, 2020, in Niles. Carroll fled from police in Niles and then was stopped in Indiana for drunk driving. He faces an early June court date in Indiana on that charge.

Judge Schrock noted Carroll’s six prior felony convictions as well as the difficulty of putting him on probation in Michigan when he resides in Indiana in handing down his sentence. “There are consequences for behaviors,” he said.

Robert Charles Antisdel, 48, of Buchanan, pleaded guilty to delivery of methamphetamines and was sentenced to three years’ probation, 11 days in jail, curfew and nine months tether.

The incident occurred July 3, 2020, when he sold drugs to an undercover officer. He is also facing charges in St. Joseph County, Indiana.

“He’s not a bad person except for the use of meth,” he said.

For his part, Antisdel admitted he has made a lot of mistakes but said he was not going to make them again.

“I don’t know any way to keep you from breaking the law except to lock you up,” Judge Schrock said, noting that he will send Antisdel to prison if he violates his probation. “This is not your first rodeo.”

Brian Keith Payne pleaded guilty to domestic violence and was sentenced to one year probation, credit for 10 days served, $525 and forfeit of a weapon. The incident occurred Dec. 15, 2020.

ST. JOSEPH — Anna Murphy, CEO and president of United Way of Southwest Michigan, has been selected to join the... read more