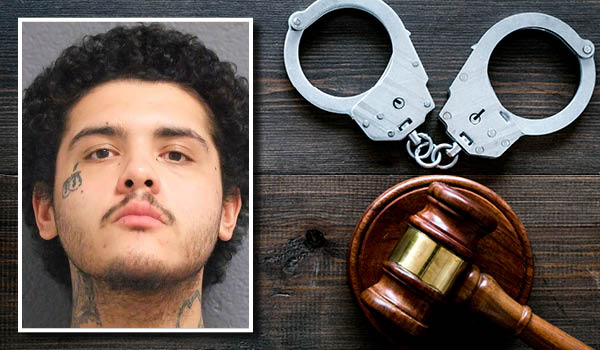 CASSOPOLIS – A former Niles resident was sentenced in Cass County Circuit Court to a year in jail for conspiracy to steal a motor vehicle in Howard Township last December.

Michael Lorimer Starrett, 24, now homeless, pleaded guilty to conspiracy to receiving and concealing stolen property-motor vehicle and was sentenced to 365 days in jail. He was assessed $2,048 in fines and costs and $611.51 in restitution.

Starrett has no credit for time served as he was on parole at the time of the incident. He still faces a parole violation hearing from a 2018 conviction for carrying a concealed weapon. He can serve the jail sentence in any correctional facility in case he is sent back to prison on the parole violation.

This incident occurred Dec. 4, 2020, when he attempted to take a car that had been left running to warm up outside a Howard Township home. He fled when confronted by the homeowner and was later arrested at a different location.

“It’s unfortunate that at a very young age he has a very significant criminal history,” said Assistant Prosecutor Thomas Hubbert. “There’s no sign that he has done anything to try to correct his behavior. He’s made a lot of unfortunate choices in a quick period of time.”

Starrett apologized and took responsibilities for his actions. He said he plans to take advantage of the resources available to him as a Pokagon Band tribal member and also wants to go to barber collect and further his education.

“There are a lot of resources available, and you haven’t accessed them,” said Cass County Circuit Judge Mark Herman. “Talk is cheap. If you don’t change, you will spend a lot of time behind bars.”

Judge Herman noted that Starrett has six felony and 11 misdemeanor convictions at only 24 years of age and has already been to prison. He also still has a pending fleeing police case
in Indiana.

“You’ve spent three and a half years of your adult life behind bars,” he said.

“You’ve been using alcohol and drugs since age 11 and you don’t appear to have any intention of modifying your behavior,” he added. “I hope you are serious but nothing in your history shows me that you are.”

ONTWA TOWNSHIP — A woman was arrested after drugs were found in an Ontwa Township home. The Cass County Drug... read more