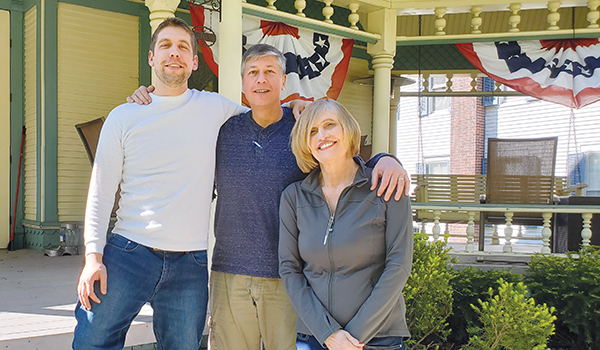 Inflatable water park on the horizon for Stone Lake

CASSOPOLIS — With Cassopolis’ beach project near completion, one Cass County family is looking to create a new summer attraction to bring even more fun to Stone Lake. 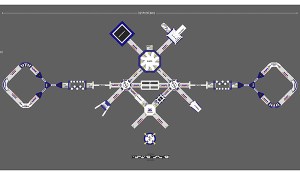 The Gogol family, including Ted, Brenda and Christian, is moving forward to open a water park in downtown Cassopolis called The Aquapark at Stone Lake. The family is working with Water Warrior Services to design and install the inflatable park, which will float on Stone Lake. In total, the park will cover roughly one-half of a percent of the lake.

“This should be a great, fun asset for the community,” Ted said. “We want people to think of this as the community’s water park.”

The Gogols are Dowagiac residents who currently run The Lodges at Stone Lake, a vacation rental business in Cassopolis. Christian said he initially thought of installing an aquapark as an attraction for their guests but soon saw the potential for a communitywide attraction.

“I knew this could be for more than just our guests,” Christian said. “I’ve never been to a water park like this, and there is nothing like this nearby. … Some of my best memories [as a child] were at waterparks, and this is still something I would want to do now.”

“We thought, ‘we could make this much bigger and a water park for everybody,’” Ted added.

The family believes the park will benefit the community in many ways, including drawing tourism, stimulating economic development, creating employment opportunities, generating revenue for the village, promoting physical recreation and creating a unique experience for residents.

“We think this is going to give people a reason to stop and come to Cassopolis,” Christian said.

“We are envisioning what we call ‘the Cassopolis experience,’” Ted added. “You can come and spend the day here. You have the water park, beach, fishing pier, kayaks, paddleboats. Then you can take a break and visit all the restaurants and businesses downtown. We think it will bring a lot of people in and revitalize downtown.”

Though the aquapark with be privately run and funded, the village will receive a percentage of the park’s gross sales, according to a presentation given to commissioners before the vote. Additionally, the Gogols plan to increase their participation in local charities and fundraisers and offer special pricing for Cassopolis residents.

“If the village hadn’t wanted to partner with us, that would have changed the whole dynamic,” Ted said. “We want to invest in downtown Cass and be a part of the new vision for Cassopolis.”

That is not where the project’s ties with the community will end. The Gogols also plan to create an advisory board of area youth to provide input throughout the planning process.

“We want to see their vision for what they want this to look like and how they would plan this because, realistically, [children and young adults] are going to be using this the most,” Ted said.

Now that the Aquapark at Stone Lake has received village support, the Gogols need to apply for state approval and permits. If all goes according to plan, the family expects the floating park to be open and operational by Memorial Day 2022.

Once open, the park will be open, weather permitting, seven days a week from Memorial Day to Labor Day.

“We hope this will be something for everybody — from age 6 or 7 to age 70,” Gogol said. “We want people to be excited and have fun.”