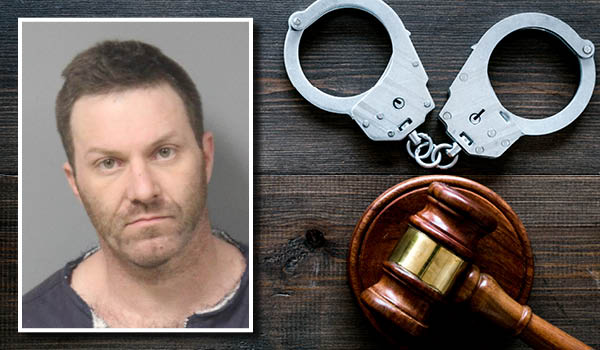 NILES – A Niles man is going to jail and having his probation extended after violating terms from a 2020 possession of meth conviction. He was also sentenced Monday in Berrien County Trial Court for attempted possession of a taser.

David Thomas Newman, 37, of South Fifth Street in Niles, pleaded guilty to violating his probation from the 2020 meth conviction and was sentenced to 120 days in jail with credit for 63 days served and completion of the Swift and Sure Program and the Twin County Probation Program.

His probation was extended six months and he will be on tether for 90 days after he completes the probation programs. He can be transferred to Twin County after serving 30 days in jail.

He was sentenced to pay fines and costs of $1,998 and forfeit of the taser on the taser case as well as 90 days in jail with credit for 63 days already served for contempt on the taser case. The taser incident occurred Nov. 5, 2020, in the city of Niles.

“I know I’ve made a lot of mistakes in my life,” Newman said before his sentencing. “The last few weeks have been the best of my life [since the birth of his son]. I want to be there for my son. I know I can do better. If you give me a chance, I can show that and be a role model to my son.”

Berrien County Trial Judge Sterling Schrock noted that Newman has an extensive criminal history, which includes a past prison sentence.

“You better mean what you say today,” he told Newman. “If you don’t, you will go to prison. You will absolutely end up in prison.”

Judge Schrock said Newman’s actions, which include failing a drug test and not contacting his probation officer, speak much louder than words.

“There is no excuse for not absolutely crossing every t and dotting every i,” he said. “You’re still showing that you have some issues as far as supervision. You haven’t done what you’re supposed to do.”

“There’s not going to be any latitude for you,” he added. “You’re on a train with a switch coming up. If you go to the left, that tunnel is dark. If you go right, there’s a tunnel with a light at the end. The left is prison and that’s not a good place for anybody. Some come out better, but it’s not desirable.”

“This is rehabilitation with a smidgen of punishment, we’re giving you the chance to change your behavior,” the judge said. “You have to think about the long term and not the short term. When you have a history like yours, it’s hard work to change. These programs will give you the tools to do the hard work.”

A South Bend man who faces a probation violation and possible prison term in Cass County next week received a sentence of fines and costs for a weapons charge Monday.

Kristopher Mingo Flores, Jr., 21, of South Bend, pleaded guilty to attempted carrying a concealed weapon and was sentenced to $2,348 in fines and costs and forfeit of the weapon. The incident Aug. 22 in Niles.

The Cass County probation violation stems from a June 29, 2018, sentencing for unarmed robbery.

“You’re on felony probation in Cass County, and you’re running around with a gun in your car,” Judge Schrock said. “You’ve got a long way to go in understanding what you need to do. You are on probation in Cass County and you also have pending felonies in St. Joseph County, Indiana. You’re a young man making a lot of bad decisions.”

A Dowagiac woman was sentenced to probation for possession of analogues.

Karen Renee Penley, 55, of Dowagiac, pleaded guilty to possession of analogues and was sentenced to two years’ probation, 180 days license suspension and $598 in fines and costs.

Defense attorney Scott Sanford noted that Penley’s previous criminal record stems from one incident in Cass County when she was convicted of operating a meth lab, manufacturing meth, possession of meth and possession a firearm in the commission of a felony. “It makes her appear to be a much worse person than she is,” he said.

“Based on what Mr. Sanford said, you had one major experience with the criminal justice system,” Judge Schrock said. “Why engage in anything that gets you back there? Why continue to engage in that behavior? Why take another chance? It’s hard for a normal person to comprehend.”

The judge said he would wait to see the results of her substance abuse assessment and evaluation before deciding whether to order her to complete the Twin County Probation program.

NILES – The Niles nonprofit in charge of lighting the fuse on Fourth of July fireworks this year has decided... read more