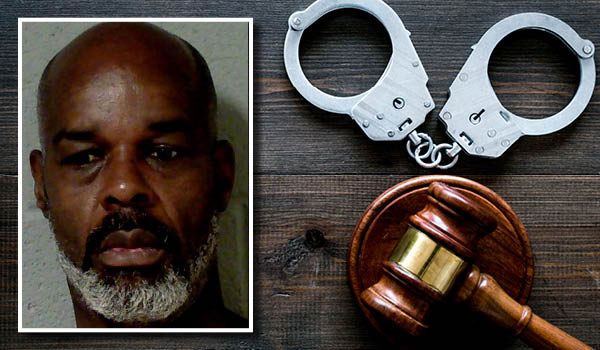 Vandalia man gets probation for touching women without consent

A Vandalia resident who touched women without their consent received probation and credit for time served Friday in Cass County Court.

Ronnie Demetrius Moore Jr., 48, of Vandalia, pleaded guilty to two counts of attempted fourth-degree criminal sexual conduct and was sentenced to 12 months’ probation, credit for 201 days served and $1,550 in fines and costs. He must register as a sex offender.

Those two incidents occurred Dec. 2, 2019, and Feb. 26, 2020, in the Cassopolis area. In the first instance, he grabbed and squeezed a woman’s buttocks at a gas station in Vandalia. In the second incident, he touched a woman on her buttocks when she was running along a road.

He also pleaded guilty to unlawful use of a motor vehicle and was given to 201 days already served and ordered to pay $375 in fines and costs. That incident occurred July 10 in Cassopolis when he took and didn’t return a friend’s car.

“Mr. Moore needs to understand he’s flirting with disaster,” Fitz said. “Twice he improperly touched a woman. He did the second one while on bond with the first. He’s playing with fire, he could end up in prison. He needs to respect boundaries. The women are very angry, one wants him to spend a lot of time incarcerated.”

“You’re lucky to be before me on misdemeanor charges, otherwise you would be going back to prison,” Judge Herman said. “If you take it upon yourself to touch another woman while you’re on probation, you will go back to jail for the maximum term. You aren’t to be touching anyone.”

• James Lloyd Peterson, 32, of Marcellus, pleaded guilty to domestic violence and was sentenced to six months’ probation, credit for two days served, $1,275 in fines and costs. The incident occurred Nov. 20, 2019, in Marcellus.

• A 21-year-old, of Warren, Michigan, pleaded guilty to possession of analogues and illegal entry and was sentenced 18 months’ probation, credit for 15 days served, $2,198 in fines and costs. The incident occurred Jan. 19, 2020, in Dowagiac. He can keep the charge off his record if he is successful on probation.