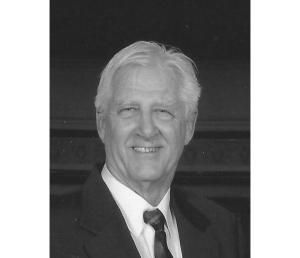 He was preceded in death by his parents, John and Jane (Watt) Hooten; and his brother, Thomas “Mac” McCord Baird.

Bob was currently serving as the Pastor of Prairie Gardens Christian Fellowship Church in New Carlisle, Indiana, where he has served for over 20 years. He became a Pastor when he was 49 years old and loved his Church Family. Prior to that, he worked for Kearney & Trecker as an electronic technician and as an electrician at Bendix Corp.

On July 3, 1965, he married the love of his life, Connie J. Whitinger, at the former Lowell Heights Methodist Church in South Bend, Indiana.

Bob was a member of EAA in Niles. He was a small aircraft pilot and instructor who loved flying. Bob enjoyed tinkering with planes, cars, and equipment. He always said that his favorite job was working with his family at the Harvest Café in Niles,  where he was known as “Beignet Bob.” Bob always had a passion for life and his family. He will forever be remembered for his smile, his friendliness, his love of the Lord, and his love of everyone around him. His grandchildren and great-grandchildren will remember him for his story-telling and “pig-piles”.

In lieu of flowers, Connie requests that you support the Harvest Café in Niles in memory of “Beignet Bob.”