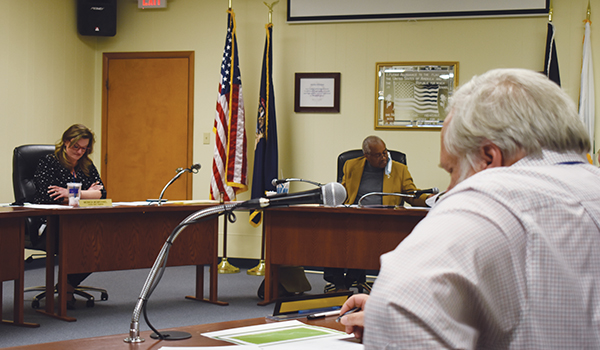 CASSOPOLIS — Plans to transform the Cass County Historic Courthouse are moving ahead.

Thursday, the Cass County Board of Commissioners voted to engage Intersect Studio, based out of Kalamazoo, for services regarding the Cass County Historic Courthouse building to assist with an evaluation, programming, planning, cost and options analysis. The project is not to exceed $98,400, and was budgeted for in the fiscal year 2021 budget. The project will be paid for out to the Public Improvement Fund.

After years of discussion and planning, the county board of commissioners voted in 2019 that the courthouse be renovated into a county administration center. Since then, a Historic Courthouse Committee has been working behind the scenes.

“This particular effort has never been done yet,” said County Administrator Jeff Carmen of the analysis to be done by Intersect. “Everything done so far has been to study pieces and parts and has never tried to fit services in a building. This is the first significant step. There have been seven studies. This is the one in 17 years that takes it to the next step.”

Intersect previously presented to the board at its April 1 meeting. During the meeting, Intersect Studio showed commissioners what the courthouse’s future as an administrative building could look like.

Among the list of recommendations were security areas, modernized workspaces that would promote both collaboration and flexibility, and wayfinding signs to help residents find the department they are looking for.

Now that the county has voted to engage with Intersect, the studio will provide a scope of services, including meeting with departments, the county clerk and treasurer, commissioners and community groups.

As the analysis by Intersect occurs, Carmen said the county would be looking toward ways to fund the work on improvements identified by the studio. He said there are several pathways available, including a bond, grant funding, leasing options and more.

“[The intersect project] does not go beyond identifying the next step and next method of delivery,” Carmen said. “It is a significant step.”

BRANDYWINE —The Brandywine girls soccer team ran out of steam Thursday against visiting Parchment. The Panthers jumped out to a... read more