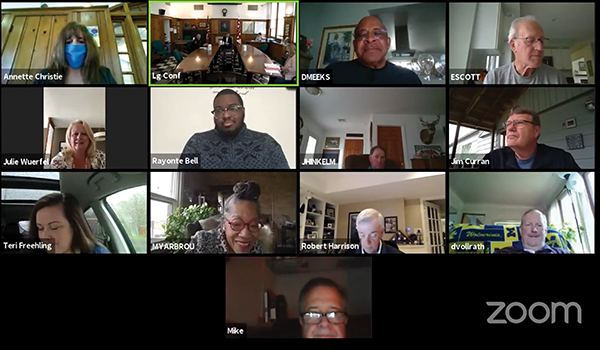 BERRIEN COUNTY – Improvements will begin this year on Berrien County’s 911 location response, thanks to a grant Berrien County commissioners voted to accept on Thursday.

Commissioners passed two resolutions during Thursday’s regular Berrien County meeting. In a unanimous vote, commissioners authorized the county to accept a grant from the state of Michigan’s project NG911.  The program works to fill gaps in the geographic information systems, or GIS. Berrien County was identified as a location in need of improvement.

According to Caitlin Sampsell, director of Berrien County 911/Public Safety, the grant accepted by the board on Thursday will never actually come to the county itself. The commissioners approved the letter of participation with the program, which will then be provided to the state and the identified vendor to work to create an improved address overlay system. Once Berrien County 911 gets paired with a vendor, the vendor will then take the lead on a location overlay system upgrade to assist first responders to a caller’s location more accurately.

“Our county was identified as one of the localities that does not have an address point layer. We would benefit from this grant,” Sampsell said.

The address point layer will create a mapping system akin to how “pins” or points are seen on structures using software like Google Maps.

The system, when complete, will help direct first responders to a situation more efficiently.

“Your address might not fall at the exact point it would should up on a map,” Sampsell said. “If we have an address in the system, the street point is one place, but the structure could be in another. [With this system], we’ll be able to direct responders to the location more quickly.”

The system will also help in situations when calls from outside of Berrien County’s boundaries come through to its 911 dispatch centers.

“We have a tower in the Eau Claire area, and we will often get Cass County calls because the cellphone is hitting off of that tower,” Sampsell said. “The caller could be in Cass or Van Buren county. That creates an inherent delay. We then have to manually identify that it is not in our area and transfer them to the correct 911 center. This should help eliminate those delays in the future.”

Sampsell said that Berrien County has been participating with the 911 GIS Repository in Michigan since 2017 through a signed agreement for the benefit of 911 Public Safety Answering Point operations.

“It changes [911] from our old lines to a more reliable and resilient network that can be reported easier and quicker,” Sampsell said.

The GIS address point gap fill project will take place through the year by a vendor, while the Berrien County 911/Public Safety works with it to address any adjustments needed.

“Ultimately, this project is a really amazing opportunity for us and for our GIS department,” Sampsell said. “This is really labor intensive when you do it in-house. There are hundreds and hundreds of addresses in the county. It takes a lot of man hours. They’re able to do the heavy lifting for us and get going to build on that going forward.”

According to Sampsell, the 911 Grant Program funded through the National Telecommunications and Information Administration and National Highway Traffic and Safety Administration. It formed a NG911 Technical Advisory Committee in 2019 “to provide administrative and technical oversight of the funding Michigan received through its 911 Grant Program.” A portion of that grant is dedicated to the gap fill project for GIS address points.