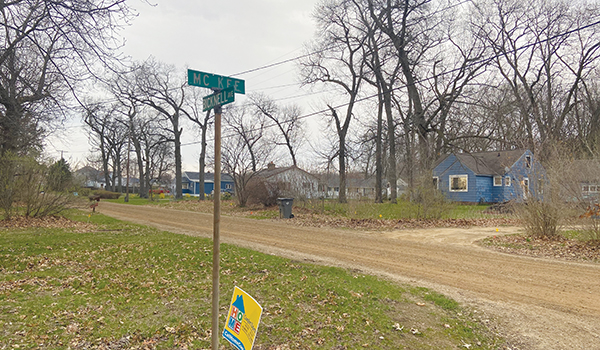 The board set a public hearing for the Evergreen Road improvement costs for the April 19 meeting, which begins at 6 p.m. at the township building, 320 Bell Road.

The township board received a quote from Wightman to resurface 475 feet of Evergreen Road. The area between Park Lane to the north side of the Niles city property would be ground, graveled, primed and double chip sealed, working with the Berrien County Road Department.

The total estimated cost from Wightman is quoted at $37,000.

The board also approved Supervisor Jim Stover to seek quotes for work to be done on Bicknell Road.

Stover had a letter from a resident of Bicknell Avenue, which had “six or seven” signatures attached supporting road improvements to be done on the street. Stover said he hoped the resident would get more signatures representing those on surrounding streets, including from Wightman, Scott and McKee streets.

Treasurer Jim Ringler mentioned another residential neighborhood had submitted a petition to the township about roadwork on Shamrock Hills.

“They know the township is in no position to 50-percent [of paving and/or resurfacing costs],” Ringler said. “They are willing to step up and pay. We used to do this at 25-percent.”

Ringler said the Shamrock Hills resident who submitted the petition said he would go back and acquire signatures for the 75-percent cost to be on the residents, with a 25-percent match from the township.

“I would like to make a motion that our township participation be at 25-percent on all special assessment public equity road improvement going forward,” Ringler said.

A special assessment district in Michigan is an area where local improvements will be made. These assessments are made with those who request the change in mind to fund it, as it will benefit those in the immediate area most.

Ringler said he believed the township would have the funds to match the 25 percent, but he would not be afraid to “borrow and bond” it, as it was an infrastructure improvement.

“We were never in the road business to begin with. How many meetings have we sat here and talked about roads?” Ringler said. “We’re budgeting money for roads, and we shouldn’t even be in the road business at all.”
With Clerk Terry Eull and Trustee Richard Cooper absent from the meeting, all motions passed unanimously with present members.

Later at the meeting, Jill DeLucia, chair of the Niles Charter Township parks board, presented an estimate of costs of repairs obtained by those who play organized pickleball on the township’s courts for maintenance. DeLucia said the pickleball players were informed there had not been any maintenance budgeted in the parks’ budget this year, and had pivoted to ask for scaled back work to the courts.

“They have agreed that they would undertake the repairs themselves. [The pickleball league] wants to see if the township can help with the paint [costs],” DeLucia said.
The league also asked that the trees be cut back from behind the courts, as they drop debris onto the courts. The township board agreed they would consider a covering the cost of paint, but needed to see a quote on the paint first. A quote on the paint itself was not available at the time of the meeting.

“We’ll have something before you at the next meeting,” Ringler said.

He said if hiring is finalized, then hiring a full-time firefighter to replace Jesswein’s position will move forward at that time.

CASSOPOLIS – Jury trials are again on hold in Cass County after a recent spike in COVID-19 cases. They had... read more