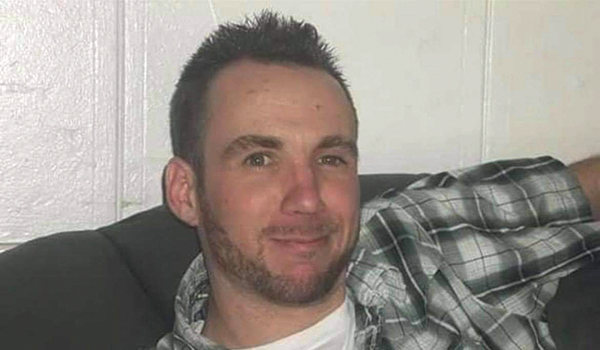 Dowagiac fire victim remembered for his optimism, love for family

DOWAGIAC — Gregory Heron was always there for others.

Heron, 36, who passed away along with his fiancée, Dolly Waterson, March 25 in an accidental house fire in their East Telegraph home, was remembered by friends and family members for his bright, optimistic personality and his dedication to those closest to him.

“He was just full of life,” said his sister, Heather Hotrum. “He never let anything get him down. He’d do anything to make you laugh. It didn’t matter how annoying he had to get, he was going to make you feel better.”

Heron attended Dowagiac Union Schools and was working at Michigan Die Cast in Dowagiac prior to his passing. When he was not working, Greg’s hobbies included golfing, fishing and following along with the Detroit Lions football team.

“It didn’t matter if he had to walk five miles to golf or fish, he would do it,” Hotrum said. “He was an avid Detroit Lions fan and was able to go to a game with his brother.”

Hotrum said Heron had recently bought Lions gear from one of his brothers. In the days after the fire, Hotrum and fellow family members were able to safely search the home for any salvageable items and located a tote full of the Lions memorabilia Heron had bought.

“The house is not in good shape but we were able to salvage things,” she said. “The tote was on top of the table and things inside were savable. He must have been thinking of a place to store it.”

A life celebration for family and close friends was hosted last week instead of a traditional funeral.

“A funeral wasn’t his style,” Hotrum said. “He wouldn’t have wanted that. He would want us to celebrate and remember the good times.”

In addition to Hotrum, Heron is survived by his daughter, Emmalyn; parents, Carl Stewart and Donna Heron; as well as his brothers, Jon Hotrum and Kyle Stewart. Hotrum said the family is striving to be strong for Heron’s daughter, who lives with her mother in Indiana and will be turning five this year. The family is in the process of creating an annual golf benefit to raise funds for his daughter.

“He was big into golf with his brothers,” Hotrum said. “It was one of his favorite things to do. Family was everything to Greg. It didn’t matter if there were arguments. He’d mend things.”

While Heron is no longer here physically, Hotrum knows her brother left an impact on everyone he met that will last a lifetime.

“He tried his hardest at anything,” she said. “Even if he failed, he’d try again. He had his ups and downs in life and faced the hardships he had. If he was in someone’s life, they were special. He was very unique. There’s no one else like him.”

WAYNE TOWNSHIP — A Dowagiac man has been arrested thanks to the work of one of the Cass County Sheriff’s... read more