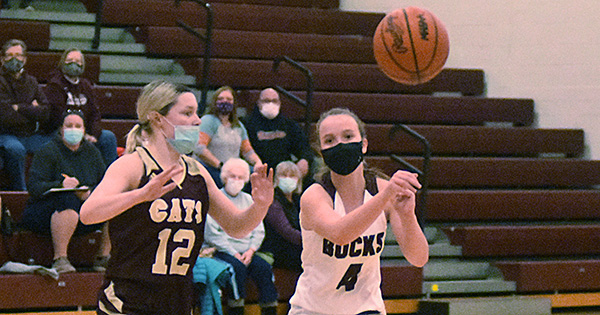 The Bucks (13-0) advance to the Edwardsburg Regional where it will face the host Eddies in the first semifinal Monday night.

Buchanan wasted little time building an advantage against BCS Athletic Conference Red Division foe South Haven as the Bucks outscored the Rams 18-10 in the opening eight minutes of play. Buchanan extended its lead to 27-12 by halftime and 42-27 heading into the fourth quarter.

Faith Carson scored a game-high 18 points to lead the Bucks, who also got 10 points each from Hailey Jonatzke and Alexa Burns. LaBria Austin added nine points.

The Bucks and Eddies will tip off at 5:30 p.m. on Monday. The second semifinals, scheduled for approximately 7 p.m., will pit Plainwell against Wayland. The championship game is set for 7 p.m. on Wednesday.