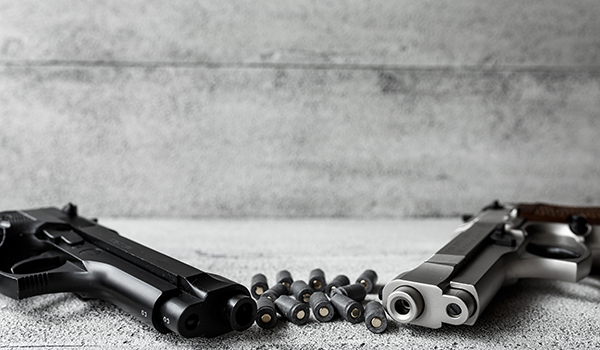 CASSOPOLIS — With new federal gun restrictions looming, some Cass County residents are asking the board of commissioners to take a stand for Second Amendment rights.

A group of Cass County residents is collecting signatures to support making Cass County a Second Amendment sanctuary county. The declaration of a sanctuary county, which could only be passed by a vote of the Cass County Board of Commissioners, would declare that county courts and law enforcement agencies protect second amendment rights and restrict the enforcement of federal laws that infringe on the right to keep and bear arms. Those calling for the sanctuary county reported they had received more than 400 signatures countywide as of Thursday evening.

“We want to ensure that our locally elected persons, who work for the people, are going to honor their oath to the constitution and are not going to let anyone come in here illegally and infringe on our rights,” said Wendy Glaser, a Dowagiac resident collecting signatures. “We want to make sure they are going to protect our rights.”

The signature-gathering comes in response to House Resolution 127, which was introduced to the U.S. House of Representatives on Jan. 4. If signed into law, the resolution would create new gun taxes and licensing fees, establish a mandatory registry of gun owners and require liability insurance.  Licenses would also be made for those displaying antique firearms and for those possessing military-style weapons.

The bill would also require those seeking a gun license to take part in psychological evaluations at their own expense. Those who have been hospitalized due to mental illness or substance abuse, diagnosed with a brain disease or admitted to suicidal thoughts or attempts, or who have exhibited conduct that endangers themselves or others would be ineligible for a gun license.

The bill, which is currently referred to the Subcommittee on Crime, Terrorism, and Homeland Security, is sponsored by Rep. Sheila Jackson Lee (D-TX). A representative from Lee’s office did not respond for comment on this article.

“We firmly believe this is beyond infringement,” Glaser said. “It is unconstitutional. We are guaranteed our Second Amendment rights from God, the U.S. Constitution and the Michigan Constitution, as well.”

Tricia Olsen, who runs Trails End Sports and Gunsmithing in Vandalia, is also a part of the effort to collect signatures. She believes HR 127 is “extreme” in a way she has not seen in a proposed gun control bill before. With the proposed taxes and fees, Olsen believes the resolution would make it virtually impossible for the average Cass County resident to own or operate a firearm. She said she supports the move to make Cass County a Second Amendment Sanctuary County, as she knows many for whom hunting and gun ownership is an essential way of life.

“A lot of people who cannot afford the application fees rely on firearms to hunt their food and provide for their families,” she said. “I think we need to start at home by saying we will not support [HR 127].”

Both Olsen and Glaser have been in contact with Cass County Commissioner Jeremiah Jones, District Seven, about the issue. Jones, who said he would vote in favor of a sanctuary county if presented for a formal vote in front of the board, informed his fellow commissioners about the effort to gather signatures last week.

“Cass County has a high volume of gun owners and hunters, so this bill [HR 127] would affect everybody,” he said. “I think this is being used as a weapon. Traditionally, whichever party wins the presidency, during the midterm elections, loses the house. I think the current administration is trying to force-feed a bunch of radical bills in a hurry in preparation for 2022.”

Jones expects the resolution for a sanctuary county to be brought before the Cass County Board of Commissioners “as soon as possible.” Ideally, he would like to see 10 percent of the county’s population — or about 5,000 people, according to the most recently available census data — sign in favor of the motion before it is voted on.

“We have to wait for the people of Cass County to speak,” he said. “I have my own personal opinion about the Second Amendment, but I work for Pokagon Township and the city of Dowagiac. My vote will be based on that population and their wishes. The commissioners have the best interests of the county at heart.”

Until the proposal can go before the board of commissioners for a vote, both Glaser and Olsen said they would continue collecting signatures and making their voices heard.

I’m hoping to get it in front of the committee, and we are hoping and praying that each one of our commissioners will vote the way we want them to,” Olsen said. “I just want people to know how important this is. We need to stand up together as a group. Now is the time. We have to stand up.”

NILES – A local marijuana business is growing even greener after about a year in business. MichiCann, 1760 Renaissance Dr.,... read more