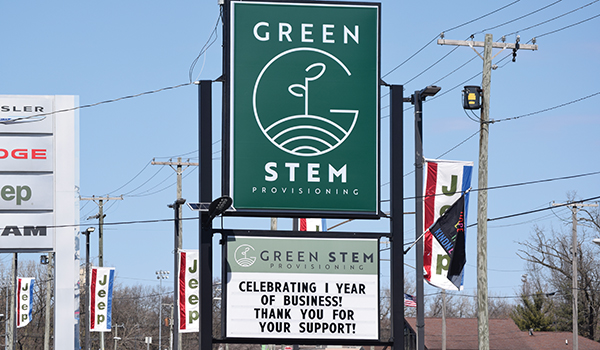 BERRIEN COUNTY – Areas in the state of Michigan allowing adult-use provisioning centers to take root are starting to see a financial harvest from the state.

More than 100 municipalities and counties were impacted as a part of an announcement on March 4 by the Michigan Department of Treasury. These municipalities, including the cities of Buchanan and Niles, were part of the distribution of nearly $10 million as part of the Michigan Regulation and Taxation of Marijuana Act, according to the release.

These state revenue payments were from the 2020 fiscal year, where more than $31 million was collected from the 10-percent adult-use marijuana excise tax.

For each adult-use, or recreational, marijuana provisioning center or microbusiness operational in 2020, municipalities and cities saw $28,001.32 in payments.

With the arrival of revenue funds, city and municipal leaders now begin the discussion of where they should be allocated.

“We would love to earmark those funds for something that our community needs and our citizens have asked for,” said Mayor Nick Shelton of the revenues. “We are in the process of discussing what to put that money towards.”

Shelton said he was surprised at how quickly the state was able to turn revenues around for cities and municipalities like Niles.

“What we’ve known from the beginning is that the state of Michigan was collecting tax revenues, and the state would need to pay themselves back first for administrative costs, before it paid the cities back,” Shelton said. “For it to happen this year was a pleasant surprise.”

Richard Murphy, community development director for the city of Buchanan, said the cannabis industry fit into the city’s developing concept.

“Our vision of Buchanan is a dynamic quality of life center. We want to build a strong and diverse economy that leverages our quality of life, health and wellness, our history and our relationship with our special natural resources,” Murphy said. “It is through this lens that we see the cannabis industry. It’s an important sector of our economy that provides hundreds of good jobs, millions of dollars of investment that builds our tax base and reduces the tax burden on our residents.”

Murphy said the community will discuss how it will reinvest the funds from the state back into the city.

With the arrival of provisioning centers, microbusinesses, grow and processing operations, and eventual consumption centers in some areas, marijuana businesses have contributed to local economies in other ways.

“We’ve seen hundreds of jobs created, especially in Berrien County and especially in Niles,” Shelton said. “In the city of Niles, we have seen buildings that were formerly unoccupied and dilapidated. Take the Billiard Garden [located at 1286 S. 11th St. in Niles, future site of Primitive]. Green Stem [located at 1140 S. 11th St. in Niles] is a state-of-the-art provisioning center. It’s beautiful inside. They’ve turned some of these properties into really beautiful places.”

Another form of economic support Shelton pointed out was the boost the city’s utilities department receives from cultivation operations.

“That’s another positive that has stemmed from allowing these businesses, and opting into allowing them,” Shelton said

The Simplicity Complex is one large industrial space getting a new lease on life through the cannabis industry in Niles.

“As it stands, if you exclude myself and my wife [Denise], we have 56 employees,” Lynch said, of Green Stem. “All live within the area, up to Baroda. We employ 100-percent Michigan workers.”

With the expansion of Arwen, LLC, named “Simplicity Farms,” Lynch said the operation will be hiring between 10 and 12 people in May, rounding out the full staff to around 70 people.

With a slower start to business, in part due to the COVID-19 pandemic’s arrival in Michigan, Lynch said around mid-June was when their customer base really started to take hold.

Through the beginning of the week, Lynch said the provisioning center regularly sees around 450 people or more a day. Toward the end of the week, including Friday and Saturday, the numbers grow from the high 600s to 750.

He said the inclusion of adult-use was the game changer for Green Stem, which started with its medical marijuana license.

“Things have been going well. We love the community. The community has been fantastic to us. We have heard horror stories about other communities and cannabis,” Lynch said. “Sanya Vitale [Niles community development director] is steering the ship in the right direction.”

Lynch is excited to see the Simplicity Complex become anchored as a grow facility for other cultivation companies as well, as he said two others are on their way to building up their operations.

Cultivating more opportunity in the area is on the horizon for Lynch.

“The next thing we are working on is delivery,” he said.