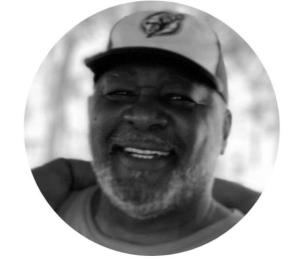 J.T. was born in Niles at Pawatig Hospital on Nov.14, 1948, to Earnestine and J.T. Williams Sr. He was the one of 12 children and the second oldest son. He enjoyed fishing, hunting, serving the church, listening to music, any activity that included his family, and especially spending time with his grandchildren. He joined the Armed Forces in January of 1969 and quickly gained the ranking of E5 Specialist in under a year. He received the expert badge in all weapons that he trained with. On May 21, 2005, he married the love of his life, Rosael Rodriguez. Together, they completed their family with four children; Mischia, Aaron, Clifton, and Taylor.

Known by “Poo” or “Superman” to his family, he took great pride in being a protector and provider for all. The stories of his heroic actions and adventures seemed like something that came out of your favorite fiction book or action movie. He had a heart of gold, and there wasn’t a person in the world that he wouldn’t extend a helping hand to. He touched many lives and everyone that he met loved him. He found his career as a journeyman electrician and a member of the International Brotherhood of Electrical Workers in Local 153 (South Bend, IN). He worked his way to being nationally recognized as one of the best electricians in the United States before his retirement. One of his greatest honors was serving as the Head Deacon at New Good Hope Missionary Baptist Church in Buchanan, MI. He took great pride in serving the Lord and the church as J.T. Sr. and Earnestine did before him. Those left to mourn and cherish his memory are: his wife, Rosael Rodriguez-Williams, of Niles; three sons: Aaron Quinn, Clifton (Mary) Quinn, and Taylor Williams, all of Niles; his daughter, Mischia Williams of South Bend; six sisters: Carloyn Lax, Anna Marie (Walter)Overton, both of South Bend, Margaret Young, of Buchanan, Bobbie Thompson, of Dearborn, Michigan, Delores Hill of Tampa, Florida, and Dorothy (Johnny B.) Jenkins, of Pearl, Mississippi; three brothers: Clarence (Josetta) Bibbs, of Buchanan, John Williams, of Belleville, Michigan, and Ed(Connie) Bibbs, of New Troy, Michigan; seven grandchildren: Keely, Carl, Gabby, Lydia, Donovyn, Chayce, and Cayden; one great grandchild, Violet; and a host of nieces, nephews, and cousins. He was preceded in death by his parents J.T. Sr. and Earnestine Williams, his sister, Doris Thompson, and his brother Kenny Williams.

A public homegoing visitation will be held at Hoven’s Funeral Home, 414 East Front St., Buchanan, on Thursday March 11 from 5 to 8 p.m. A private funeral service will be held on Friday, March 12.