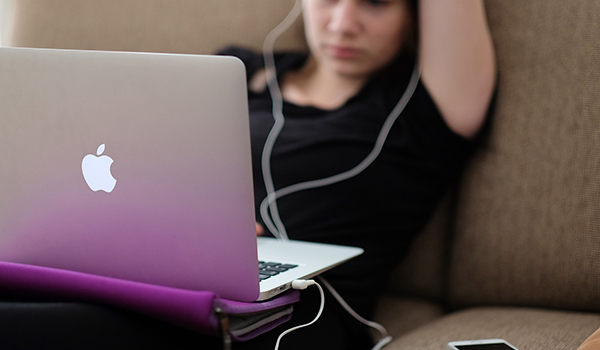 During virtual learning, students experiencing homelessness can fall through the cracks

SOUTHWEST MICHIGAN – Recently, the number of students experiencing homelessness in some way throughout Berrien, Cass and Van Buren counties seems to be lower than usual, if the numbers told the entire story.

Breanna Bell, HR generalist with the Berrien RESA, with knowledge of how the McKinney-Vento Homeless Assistance Act impacts local students, said district officials believe the numbers are likely telling a story of students slipping through the cracks.

According to Bell, the Berrien RESA does a count at the end of January to see how many students have qualified for McKinney-Vento services, and at the end of the school year for an official count that goes to the Michigan Department of Education. The Berrien RESA is the area’s fiscal agent, managing and completing the training.
McKinney-Vento is a federal law that protects the educational rights of students who may be precariously housed or experiencing homelessness.

The most recent counts identified 1,101 students experiencing homelessness throughout the Berrien, Cass and Van Buren tri-county consortium. Last year, 1,350 students were identified. In the numbers, this looks like an 18 percent decrease in students qualifying for the federal aid.

“This is something we were worried about going into the fall school year, because of what we are seeing across the nation,” Bell said. “This doesn’t mean that there are 250 less [students experiencing homelessness]. It means we have identified 250 less.”

Under the Berrien County McKinney-Vento Project, people experiencing homelessness are defined in a broader context than simply being without a home.

“Anyone who, due to lack of housing, lives in: a shelter or abandoned in hotels, in a motel, in cars, parks public spaces, abandoned buildings, substandard housing, bus or train stops, in a campground, on the street, doubled up with relatives or friends due to economic hardship or loss of housing, [is] awaiting foster care placement, migratory children who qualify as homeless because of any of [the previous qualifications], children in foster care placements of less than six months, and unaccompanied youth not in the company of parents or legal guardians, such as runaways or abandoned youth,” according to the Berrien RESA’s frequently asked question page on education of homeless youth.

According to Bell, the numbers do not fluctuate a great deal year to year, generally.

“Last year, everything kind of froze when COVID-19 hit,” she said. “That was an abnormal year for us, as well. To compare numbers to right before it hit. We were anticipating [the numbers to drop], since you just don’t have eyes on the kids as much as you normally would.”

When students are consistently in a face-to-face classroom setting, educators can keep an eye out for certain behavioral changes or clues into a students’ home life.

“It’s harder to identify a student if they virtually attend classes, since you aren’t seeing the traditional warning signs,” Bell said. “A teacher would notice if they were wearing the same clothes every day, or if their parents called and said to pick up and drop off at another location, and hygiene indicators.”

Virtual meetings do not always give off enough clues for educators to pick up on either.

“In a Zoom meeting, you kind of lose what is going on with the student. You lose that personal relationship that teachers, the office staff, and other key players in the school building have when they don’t have eyes on the student anymore,” Bell said.

The state of Michigan has put out a tool kit for educators to try to do more to identify these students. Resources like hotlines if families find themselves needing transportation, clothing, and food were recommended. Bell said many schools already have these measures in place.

For students seeming to potentially slip through the outreach, Bell said educators are trying to reach out to students they have not had interaction or seen attendance with over social media channels to get a hold of them.

“Our school districts have gotten really creative with enticing families to come, to shop, get food and clothing,” Bell said. “They are finding creative ways to meet those at-risk students.”

At the end of June, when classes are completely over, the Berrien RESA will have its final numbers for the year to report to the state.

NILES – Eighty seventh and eighth graders at Eastside Connections School are researching a putting together a virtual museum in... read more