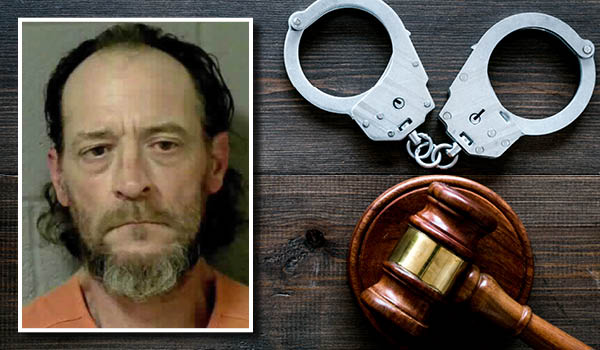 CASSOPOLIS — A Cassopolis man found with a large amount of cocaine during a 2019 traffic stop is going to prison after being sentenced Friday in Cass County Circuit Court.

Michael Jeffrey Canfield, 58, of N. Broadway in Cassopolis, pleaded guilty to delivery and manufacture of cocaine 50 to 449 grams and was sentenced to three to 20 years in prison. He has credit for 37 days served and must pay $1,758 in fines and costs.

The incident occurred Sept. 19, 2019, when police stopped his car in Cassopolis for defective equipment and following too close and found cocaine and other items in his car.

Cass County Prosecutor Victor Fitz said a prison sentence was appropriate given the amount and street value of cocaine found.

“We know what the impact of cocaine is,” Fitz added. “It not only destroys lives. Neighborhoods become compromised and it’s unsafe for everyone. We also know that it brings gun activity. At age 58, he’s not some young foolish kid. He knows far better.”

Defense attorney Shannon Sible said Canfield had a good life including service in the military and having a good job before his addictions got worse. He asked for a possible boot camp or probation sentence.

Canfield said he realizes he has a problem.

“I don’t wish to downplay the amount of drugs I had on my person,” he said. “I do realize that is a problem here and around the country, but I would not consider myself a big time dealer. The reason I had so much on hand was for my personal use.”

Cass County Circuit Judge Mark Herman said that while Canfield might be a decent person on one level, he is also dealing drugs.

“It’s one thing to destroy your own life. It’s another to deal and destroy other
lives,” he said.

SOUTHWEST MICHIGAN – The Blossomtime Festival has announced its decision to postpone community pageants until after Sept. 1. According to... read more