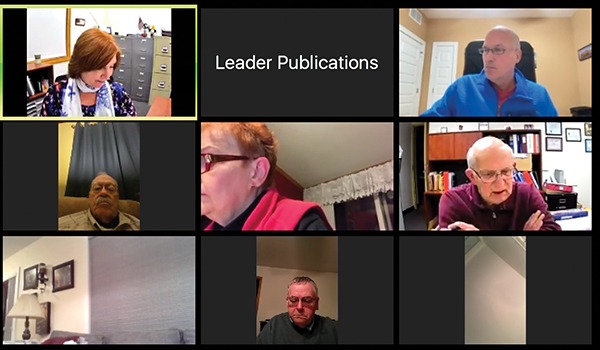 SILVER CREEK TOWNSHIP — Short-term rentals continued to be the hot topic at Wednesday’s Silver Creek Township Board of Trustees meeting.

Via Zoom, board trustee and planning commission representative Mick Braman addressed the issue that is the short term rental ordinance draft proposed by the planning commission during last month’s commission meeting. A public hearing will take place on Feb. 24 to allow those concerned to voice their opinions on the matter before a decision is made.

“It’s important to understand that this draft is not a final document but a tool to help the township,” Braman said. “The public hearing is a chance for both those in favor and against an ordinance to have their voices heard. Silver Creek is actually late in this game. Many townships across the state of Michigan and the U.S. already have short-term rental or specific rules in place.”

Ted Carithers, a new property owner in the township, expressed concerns regarding the short term rental ordinance draft ahead of the public hearing scheduled for Feb. 24.

“I’d like the board to understand and realize some of the negative impacts this ordinance may have on the businesses in the community,” he said. “It’s gonna affect restaurants, the farmer’s markets, the apple orchards realtors, the people that clean our home, the people that shovel our snow when we’re not there, the list goes on and on. This ordinance was proposed with almost zero community input. With proper community input we can all come together with a solution that will work for everyone.”

Carithers then proposed that a citizens committee be established as a bridge between the township board and the community.

“My recommendation today is that the planning commission establish a citizens committee,” he said. “If you quote the planning commission bylaws, the purpose of the citizens committee is to have more citizen involvement in municipal government, to be able to use individuals who are knowledgeable or experts in the particular issues before the commission and to better represent various interest groups and Silver Creek Township. I think it would be irresponsible for the commission to move forward without fully engaging every everyone, especially on such an important issue that affects every single property owner and business owner in the township.”

According to trustee Mike Glynn, a decision to recommend or withdraw the ordinance draft would likely not be made immediately following the upcoming public hearing. Glynn said that once the commission is comfortable with the proposal and after listening to community feedback, the commission can vote to submit the proposal to the township board. The proposal would go to the Cass County Planning Commission for review before being submitted to the board.

“At that point, the township board could ask for another public hearing,” Glynn said. “The planning commission can set up an ad hoc committee and talk some more about it. The public hearing is for information collection, it doesn’t have to be anything other than that. I highly doubt anything will be decided at this public hearing. It’s very important to get all the information and weigh all of our options.”

In other news, the board unanimously adopted the new Poverty Guideline Forms Resolution 21-04. According to township assessor Bill Kays, the state changed all of the poverty forms in late January, so the Township had to readopt forms.

“Michigan allows municipalities to give poverty exemptions for real estate taxes,” Kays said. “We have to follow the guidelines given to us by the state, which come from the Federal poverty income standards.”

According to the state tax commission’s 2021 release, the poverty exemption income level for a single individual is set at $12,760, with an increase of $4,480 for each additional person in the household.

In additional news, the board announced it is putting together a plan with the Cass County Road Commission to reconstruct most of Middle Crossing Road in an effort to increase its drivability. Road Commission chief engineer Joe Bellina was on hand to discuss the planning process, which also includes making improvements to Market Road, California Road, Indian Lake Road and Townhall Road.

“We were approached by the township to try to come up with a joint venture to reconstruct most of Middle Crossing,” Bellina said. “We’ve put together a time-slotted piece of work so we would do a chip and seal on the section from California to Market this year and do a one-and-a-half-inch mill and fill from California to Indian Trail, and then do a double chip and seal from Indian Lake to Townhall. The Indian Trail to Townhall portion is in really poor condition. We would wait and do that next year so that the other sections don’t fall into that state of disrepair.”

Chip seals treat the pavement surface with liquid asphalt material covered by crushed stone to create a new roadway surface and prevent future deterioration. A mill and fill involves removing the existing surface layer with a milling machine and transporting the material to a storage facility. New asphalt would replace the milled location and extend the lifespan of that section of road.

“I’m hopeful we can get something put together,” Glynn said.