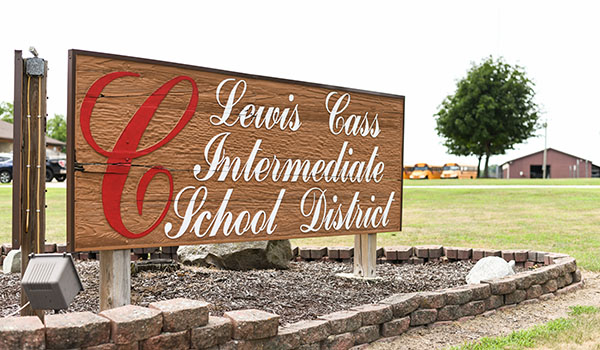 CASSOPOLIS — Following nearly half a year of deliberation, the Lewis Cass Intermediate School District has a new name.

Following a Wednesday vote by the board of education, the ISD, which serves Dowagiac, Cassopolis, Edwardsburg and Marcellus school districts, will be called Heritage Southwest ISD. The members voted unanimously to accept the new name.

“It is important that our name reflects our community,” said board president Kevin Anderson. “I really appreciate the time and collaboration that went into this.”

Wednesday’s decision follows months of discussion and input from both board members and the community at large.

In December, the ISD board voted to accept a specialized committee’s recommendation to change the ISD’s name due to its association with Lewis Cass, a former territorial governor of Michigan. Cass ran for president in 1848 and served as secretary of war under then-President Andrew Jackson. The board then gave itself until January to settle on a new name for the district.

The idea of potentially changing Lewis Cass ISD’s name has been on the board’s agenda since July 2020. In late June, Gov. Gretchen Whitmer removed Lewis Cass’ name from a state office building due to evidence of him being a slave owner, supporting states’ right to choose whether or not to outlaw slavery and implementing policies under President Jackson that relocated and harmed Native Americans. In light of those events, in September, the ISD board formed a specialized committee to determine whether a name change for the district was warranted.

“This decision is based on a majority consensus of Lewis Cass’ role in the policy on the removal of Native Americans from their land and a unanimous consensus of his political position for southern states to continue with owning slaves,” read a letter of recommendation from the committee in support of the name change. “We do not intend to rewrite or change the significance of Lewis Cass in Michigan history. Rather this recommendation is meant to acknowledge the importance of the Native American and African American community in Cass County.  Given the ISD’s role of providing educational services to all the children in Cass County, regardless of race, this change aligns with the ISD’s mission.”

Wednesday, Superintendent Brent Holcomb said he was happy to have finally settled on Heritage Southwest — a name he and the board feel better reflects the demographics and geography of Cass County.

“Every person has history, and our heritage is what is important,” he said. “What we really stuck on is the rural nature of Cass County and how we are diverse, more diverse than a lot of rural communities. We have significant African American and Native American populations. We also have a significant Hispanic population, as well as [residents of] European/Caucasian descent. I think ‘heritage’ really brings all of that together.”

“We thought it sounded pretty good, and it’s easy to say and easy to remember,” added board member Skip Dyes. “Rather than focus one group, we decided heritage would cover everyone in the county.”

Now, the name change will be submitted to the state, where it must be approved by the Michigan Department of Education. Holcomb estimated it could take one to two months before the name is approved and official.

DOWAGIAC — The Underground Railroad Society of Cass County announced that the Victorian Bonine House, located at the corner of... read more