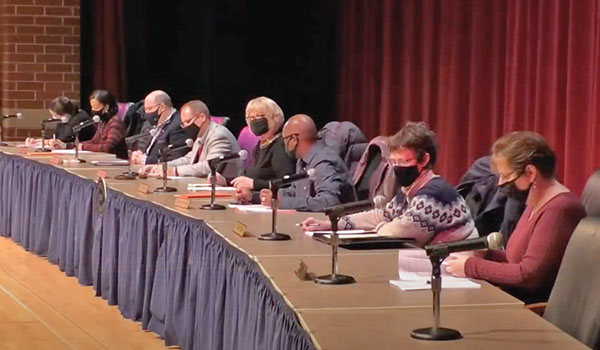 DOWAGIAC — The Dowagiac Union Schools Board of Education underwent a change in leadership Monday evening.

Ronda Sullivan was elected the president of the Dowagiac Union Schools Board of Education during an organizational meeting Monday evening. Sullivan follows former board president Larry Schmidt, who chose not to run for reelection in November 2020. Before stepping down, Schmidt had served as board president since 2015.

Sullivan’s nomination was approved unanimously by all present board members, with trustee Ron Jones absent.

Following was the appointment of the board vice president. Initially, both Ruth Ausra and Terry Groth put their names in for the position. When the board voted, neither candidate secured the majority of votes, leading a recess of the meeting to determine next steps. When the board returned to session, Groth withdrew his nomination, and Ausra was elected vice president.

Later in the meeting, Groth was elected board secretary.

With board officers elected, the board will now turn its attention to filling a vacant board seat left by Schmidt’s departure.

The board will host a special meeting Wednesday for the purpose of interviews for the vacant board seat. The meeting will start at 6:30 p.m. and will be hosted at Dowagiac Middle School.

The meeting, which is open to the public, will also be broadcast live on the district’s YouTube channel.

Following the organizational meeting, the board entered its regular meeting. First on the agenda was recognizing school members in honor of School Board Recognition Month, which takes place each January.

“These folks run publicly for a position they are basically volunteering to do and serve on for four years, and they are charged with doing the best for the whole community, and they must make some difficult and challenging decisions,” said Superintendent Jonathan Whan. “Personally, I don’t think words can express how much we, as a community, should appreciate our board and their commitment to our students, schools and community. They have done their best to make the best decisions in very difficult times.”

Also Monday, the board recognized DUS’s students of the month. Students recognized include: