CASSOPOLIS — For the first time since 2013, the Cassopolis Board of Education will have a new president. 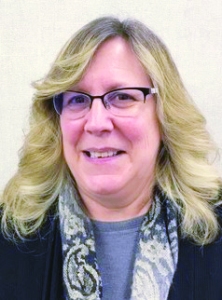 At its regular Monday night meeting, the board elected new officers. Deb Deubner was selected as its new president as she defeated long-time president Scott Ward, who was not at the meeting, by a vote of 4-2.

Amanda Smego was elected in as vice president, Teresa Dahlgren as secretary and Jesse Bement as treasurer. All three positions were unopposed.

“I hope that I don’t disappoint,” Deubner said. “I will do my best for everybody here and everybody in the school community. I love Cassopolis, and I love the school. Thank you for having confidence in me.”

The board approved a revised 2020-21 general fund budget unanimously.

Prior to approving, the board got some good news from Geri Vlasicak, business manager. She informed the board that the district is on track to be in better financial shape than when it approved the preliminary budget last June.