BUCHANAN – The city of Buchanan has a new community development director. City Manager Heather Grace announced Monday that she has hired Michigan City resident Richard Murphy to fill that post. He is expected to start his new duties next Monday, Jan. 4.

Murphy comes to Buchanan with a wealth of experience in community development as well as finance. He served two terms on the Michigan City Council from 2007-15 before becoming the city’s controller and chief marketing officer. He’s held that position the last five years. 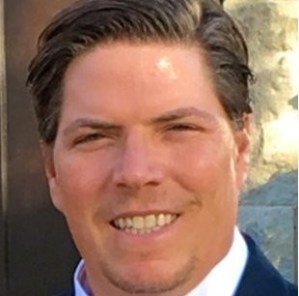 Besides his service in Michigan City, he has worked for an international financial consulting firm and managed retirement plans for several Fortune 500 companies. In Michigan City, he played a strategic role in the revitalization of the downtown, co-authored a new zoning ordinance and was involved in the development of a number of downtown projects.

Grace created the community development director position earlier this fall, and the search was conducted by consultant Larry Nielsen. Nielsen also conducted the city manager search over the summer. He is also conducting the search for a new city treasurer on behalf of the city.

Grace said the search for a new city treasurer has not been as successful with few people applying. That search has been extended for 30 days and she said Nielsen has suggested possibly hiring a private accounting firm to assist the current treasurer if no one can be found.

Murphy’s duties will include planning and zoning, economic development, blight remediation and brownfield development. He will also be the assistant human resources director for the city under the city manager.

It is unclear how long Debra Patzer will be staying on with the city. She has been the zoning administrator and planner for several years, most recently as an independent contractor. City commissioners amended Patzer’s contract in October for it to be on a month to month basis.

Monday, Grace said Murphy was one of five people she interviewed for the community development director post. The position is one she can fill without commission approval. On the other hand, the commission would have to approve a new city treasurer as required by the city charter.

“He has a great track record and extensive experience in the field of community development,” she said. “He’s been involved in projects that had a ripple effect through [Michigan City], I’m really excited to have him start.”

The hiring was met with approval from commissioners. Commissioner Mark Weedon said he was impressed with Murphy’s resume as well as Nielsen’s abilities to find good candidates for the city.

“The hiring of Richard Murphy is a Christmas present for the city,” Mayor Sean Denison said. “The plans we’ve talked about for three years are finally coming to fruition.”

In other action Monday, city commissioners did their annual review of the adult-use marijuana permits in place and decided to not make any changes in the number they will allow.

Representatives from Tranquility Fields have been asking the city in recent months to expand the number of adult-use marijuana retail businesses they will allow.

They have plans for 55 marijuana franchises around the state and have already bought a property on E. Front Street in Buchanan.

“I don’t see the need for another business that mirrors what we already have in town,” Weedon said.

Denison said he sees ongoing requests like that from Tranquility Fields as a distraction to City Hall staff when there are other matters to address. In addition, he and other commissioners said city residents they’ve talked to are opposed to adding any more marijuana businesses.

“When I have asked the question about adding permits, the overwhelming answer has been no,” he said. “We’re saturated. We need to save some space for other retail businesses.”

Commissioners Cameron Downey and Larry Money noted that while they welcome the marijuana businesses already here, the influx of such businesses has not brought in the extra tax revenue that had been expected.

Commissioners also postponed another request for the purchase of city-owned property until after a Jan. 5 joint meeting with the city’s planning commission. Tyrone Hamilton wants to buy a property adjacent to his home on Arctic Street so he can have a bigger back yard and build an addition onto his home.

Grace said an updated volunteer application form should be on the city’s website later this week. The application form is being revamped as part of the city’s new effort to follow best practices in the state’s Redevelopment Ready Communities Program. The city joined that program earlier this month.