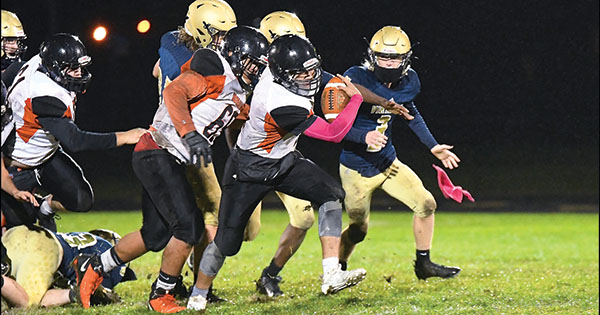 2020 in review: Let the countdown begin

Leader Publications has put together a list of the top 10 sports stories this year. Here are stories 10 through eight. Stories seven through five will appear on Wednesday, while stories four through two will appear on Thursday. The number one story of the year will be published Friday.

DOWAGIAC — The past 12 months will be remembered more for what did not happen rather than what was accomplished in high school sports.

Due to a global pandemic, the Michigan High School Athletic Association suspended the winter sports season in mid-March, eventually canceling the championships in boys and girls basketball, along with boys swimming and diving. Then the entire spring sports season was canceled.

Throughout the summer months, the MHSAA and state officials wavered back and forth about restarting sports in the fall. Despite some delays, all the sports began their seasons, but once again, the MHSAA was forced to put the fall sports season on hold, just before the completion of the state tournaments in volleyball, football, as well as, girls swimming and diving.

While COVID-19 will take up several positions on the countdown, some other things dominated the sports headlines in 2020.

Here are stories 10 through eight:

Two things are as sure and death and taxes. The Dowagiac football team will run the football and play good defense.

Both things were on display Oct. 23 as the visiting Chieftains blanked Niles 20-0 to renew the Black & Blue Rivalry after a 13-year hiatus. Dowagiac finished the night with 309 yards of total offense, all on the ground, while the Chieftains held the Vikings to a total of 103 yards of offense.

Meeting for the 103rd time, but the first time since 2005 when Dowagiac joined the Wolverine Conference, the Vikings and Chieftains were similar in that neither team had an explosive offense, but play solid defense more often than not.

Second-year Dowagiac coach Randy Brooks, who is no stranger to the Dowagiac-Niles series, having previously been an assistant coach for the Chieftains during the rivalries’ heydays, was fine with grinding out the yards and chewing up big portions off the clock.

“That is the key to high school football,” said Dowagiac coach Randy Brooks about the Chieftains’ philosophy. “They were pinching their defensive ends inside at first, and we didn’t adjust very well. We kind of got it figured out. The whole pile was getting moved down the field. That was good to see. That is exactly what we wanted to do. Be physical and get off the ball.”

Malakai Haines, who filled in at quarterback for Zane McPhail, rushed for 105 yards on 17 carries. Collier finished with 99 yards on 11 carries. 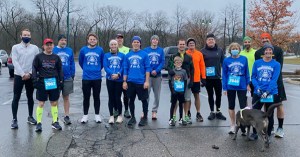 It was announced in late May that the 46th annual Steve’s Run would switch to a virtual event due to state guidelines for large gatherings. The virtual race was hosted from the original race date of July 25 through Aug. 1.

The change took its toll on participation, but the winner of the 5K and 10K runs were announced on Aug. 3.

The pandemic also forced a pair of Niles races to switch to the virtual format — the Cat Tracks 5K, hosted in early August, and the annual Niles-Buchanan YMCA Thanksgiving Day Run.

The 39th annual Thanksgiving Day Run announced it would switch to the virtual format on Nov. 17.  The change in the format dramatically altered the number of participants, which usually number in the thousands. Only 192 runners and walkers submitted times.

Chris Dixon, of Niles, won the 5K men’s title with a time of 16:50, while Allyssa Starkweather, of Osceola, Indiana, was the first women across the finish line as she posted a time of 22:01.

The 53rd annual Turkey Trot, sponsored by the Dowagiac Athletic Department, announced on the same day it would postpone the race until the spring of 2021. 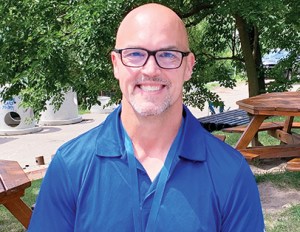 For the second straight year, Cassopolis had  a new athletic director.

Chad Gardner, a 1991 Dowagiac graduate, replaced Todd Pawielski, whose contract was not renewed at the end of the 2019-20 school year.

Cassopolis switched from a full-time athletic director to a part-time position. Gardner, who is currently a teacher at Niles High School, continued working there. At the end of the school day, he comes to Cassopolis to handle the AD duties.

“It is going to be a challenge, but Cassopolis was very willing to work with me on that,” Gardner said at the time of the announcement. “They know that during the day, I am a teacher, and that is going to take priority. Plus, they have an assistant for me, and we will have a secretary that can field some of the questions that are asked. So, when I get in, I can take care of those. Having competent people around me is going to be the biggest asset.”

Before taking his new position, Gardner excelled at multiple sports at Dowagiac Union High School. He was a member of the 1990 Class BB state championship football team.