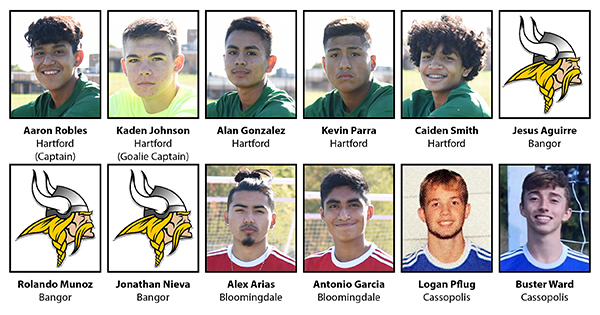 Overall, the Indians had nine players selected by the coaches.

Hartford’s Aaron Robles was named captain of the squad, while Kaden Johnson was named the goalie captain.

BUCHANAN — The Michigan High School Football Coaches Association, despite having not yet completed the 2020 season due to a... read more