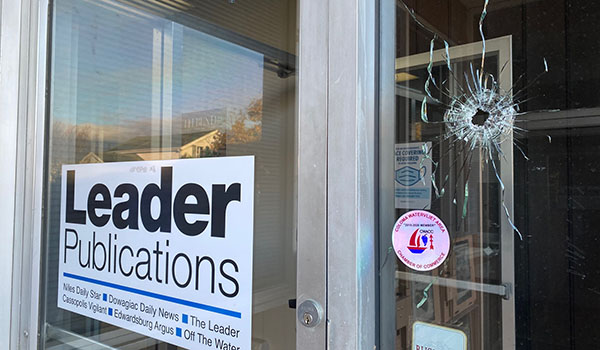 Niles police were called to the scene of a shooting around 2:05 a.m. Saturday morning. According to witness reports, a fight broke out at the Bell building in downtown Niles and spilled out onto Fourth Street, where the shooting took place. Damage was caused to buildings in 200 block of N. Fourth Street, with bullet holes and shells being found inside Leader Publications, Shelf Life Bookstore and Off Main Street Salon. Damage was caused to windows, doors and the front sides of those buildings.

Police have yet to confirm if the shooting resulted in any injuries or if any suspects have been identified.

This is a developing situation. Leaderpub.com will be updated as more information becomes available.