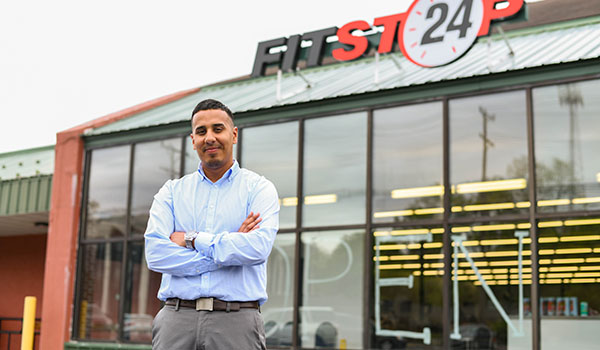 NILES — Monday was a whirlwind of a day for business owner Gary Marshall.

Marshall, owner and operator of FitStop24 locations in Niles and Dowagiac, received word from the Cass County Prosecutor’s Office that all misdemeanor charges and fines against him for keeping his businesses open amid Gov. Gretchen Whitmer’s executive orders have been dropped by the state following the Michigan Supreme Court’s decision to strike down her emergency powers.

The court decided Friday that Whitmer violated her constitutional authority by continuing to issue orders to address COVID-19 without the approval of state lawmakers.

Marshall reopened his businesses in June despite an executive order that mandated fitness centers in the southwest Michigan region remained closed due to the COVID-19 pandemic. Since then, he had received a $250 fine for each day he has remained operational. Marshall said his fines totaled more than $18,000, but he wasn’t required to pay until he went to court. Since the ruling was made before his next appearance, he did not have to pay the fines.

“I was obviously beyond ecstatic to hear that,” Marshall said. “I was willing to deal with the consequences. I knew it was the right thing to do. I’m just thankful. I’m ready to get back to it and help the community.”

The community’s responses to Marshall’s news were largely positive, but he did say that he received comments from people wishing he had to pay fines.

“There are a lot of hateful people out there,” Marshall said. “They shouldn’t be negative in an already negative world. Why not be happy for someone else’s success? If people just worked on themselves instead of putting down others, just imagine how much better the community would be?”

Marshall said that working out has positive effects on mental health amid the ongoing pandemic.

The saga has prompted Marshall to consider playing a more active role in the community.

“I plan on getting more involved with the city council to try and make changes,” he said.

According to Marshall, his gyms have been taking care in making sure equipment is clean and patrons are safe.

“We haven’t had any COVID cases in over three months,” Marshall said. “We’re doing well and constantly cleaning everything, top to bottom, all the time. Everyone wipes down their machines, and we have someone sanitizing the facility every hour on the hour. We have had plenty of time to prepare. If I would’ve stayed closed down, there’s no way I would’ve been able to go on with the business.”

While Marshall said he understands the seriousness of the COVID-19 pandemic, he is disappointed in the way the state has handled the reopening process and the impact it has had on local business.

“I was willing to go to jail,” Marshall said. “It’s a crazy world we live in right now. Small businesses have to rally around each other for support. I’m thankful my charges were dropped, but imagine how many businesses aren’t able to open anymore because of her decision? We haven’t seen the full ramifications of these executive orders, yet. In the coming months, we’ll see the effects of her shutdown.”

Hartford — Following the Michigan Supreme Court Ruling on Emergency Powers and the Emergency Order under MCL 333.2253 issued by... read more