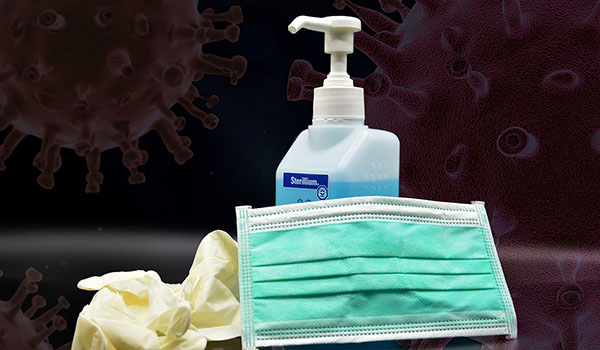 CASS COUNTY — Confirmed cases of COVID-19 have continued to rise in Cass County.

Ninety-eight new confirmed cases have been reported in the past two weeks, according to the Van Buren/Cass District Health Department. Twenty-nine of those were associated with COVID-19 outbreaks, which are defined by the Michigan government as two or more cases with a link by place and time indicating a shared exposure outside of a household.

“We expected this,” said Dr. Larry Wile, medical director for the Van Buren/Cass District Health Department. “It’s been full chaos, from schools, businesses and contact tracers. It’s intensifying. The number of people we have to contact trace continues to grow.”

In total, Cass County has reported 512 cases as of Thursday, including 16 deaths. Additionally, 344 people are reported to have recovered as of Sept. 17.

Several Dowagiac businesses and organizations have been impacted by the uptick in COVID-19 cases, including the Allergy, Asthma and Sinus Center.

The medical practice decided to temporarily close its Dowagiac branch, 302 S. Front St., Suite D, due to the high prevalence of cases in the area.

“We’ve had several calls from our patients in Dowagiac,” said Allergy, Asthma and Sinus Center founder Paul Judge. “Patients have reported positive tests. It’s a satellite office for us, and the case numbers have gone up. We decided to temporarily close that office because we don’t want patients to be exposed.”

Judge hopes to reopen the Dowagiac office as soon as the cases go down. In the meantime, the center is offering “televisit” appointments to patients in need.

“We’re hoping to make a decision later this week or early next week,” Judge said. “If the numbers continue to increase, we want to keep the office closed. It’s a fluid situation.”

According to Wile, the relaxation of social distancing rules has played a significant role in the increase in cases.

“Schools and colleges have started,” Wile said. “People are dining in at restaurants. When you get people in a closed place, the higher the likelihood of spreading is.”

Wile said the increased politicization of the pandemic has hindered efforts to curb the spread of the virus.

“It’s disappointing,” he said. “It’s too bad it’s being politicized because the virus doesn’t care about what political party you belong to, or the current economic situation. The virus just does its own thing. It doesn’t care about religious freedoms, about social restrictions and social freedoms. We need to be extra attentive and be extra cautious. Don’t let your guard down as social guidelines are being relaxed.”

DOWAGIAC — Dowagiac Union Schools classrooms will be receiving a fresh coat of paint, thanks to the efforts of Hale’s... read more