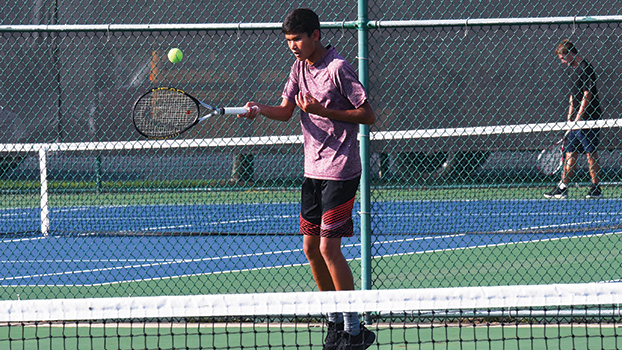 The MHSAA announced Thursday a change to the format for the 2020 boys tennis finals. (Leader file photo)

EAST LANSING — The Executive Committee of the Michigan High School Athletic Association on Thursday approved an adjusted format for this fall’s Lower Peninsula boys tennis postseason to reduce the opportunity for spread of COVID-19 while still awarding team and No. 1 singles champions in four divisions.

The Executive Committee — comprised of officers of the larger Representative Council — approved a one-season switch in postseason format that will match full teams in head-to-head competition. The format switch will limit the numbers of teams playing together at a single site.

The postseason will begin with Team District one-day tournaments to be played during Oct. 7-10 at 16 sites per division. The District champions will advance to the Team Finals in Divisions 1-4 to be played over two days during Oct. 15-17. For each division’s Finals, the first rounds will be played out at four sites before semifinalists converge for the last two rounds.

The following week, during a one-day tournament to be scheduled during Oct. 22-24, 32 No. 1 singles players will compete in bracketed play for the championships in four divisions (eight finalists per division).