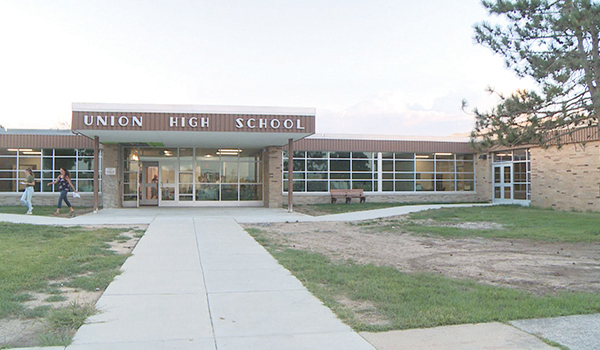 DOWAGIAC — Tuesday was the first day of school for Dowagiac Union Schools students.

However, for parents like Elizabeth Dorsey, classes had yet to begin as of Thursday.

In light of the ongoing COVID-19 pandemic, the district elected to have all students, from kindergarten through 12th grade, learn from home on Chromebooks for at least the first five weeks of the school year. Parents were then allowed to choose either a distance learning/in-person option or cyber/virtual learning option for their students.

Dorsey decided that the cyber learning option, which allows the student to take online courses through and requires a commitment for the full fall semester, was best for her son.

But, on Thursday, Dorsey said she and several other parents had yet to receive the login information necessary to access lessons online.

“On Tuesday, we started getting emails from the school’s K-5 Virtual Learning,” Dorsey said. “They said that they didn’t anticipate the high volume and were not prepared. They gave us a username for a demo, but we don’t have any logins for the actual site. They said it could take a couple of days to get those to us, and that was Wednesday. We still don’t have anything.”

Dorsey said that she has been giving her son some things to work on until the login information arrives.

“I got him some books off of Amazon,” she said. “He’s got some reading books, and I printed off some things he can work on. We’ve done some exercise routines, and he’s worked on geography.”

According to Dorsey, the main reason she was confident in her decision to choose the cyber learning option was the district’s transparency throughout the planning process. But with her son’s schooling in limbo, she hopes the district can act fast. Dorsey said that she has talked to parents who signed their children up for the virtual learning who are considering homeschooling their children for the semester.

“I can’t freak out because I have to see what happens,” Dorsey said. “But if we don’t have anything by next week, I’m going to have to figure something out. I’m not an elementary or middle school teacher. He needs that interaction with actual schoolwork. I was under the impression that it would be more organized. It’s kind of a disappointment. The community has to know what’s going on. Parents are feeling like since we chose virtual, we’ve been put on the backburner.”

Friday morning, District Superintendent Jonathan Whan said districts across the state had been dealing with hiccups in the virtual learning process, but as of Friday, every student who had been registered for classes in Dowagiac should have been up and running, and many had begun school activities other than classes prior to Friday.

Whan said the majority of virtual learning issues could be traced to either nonfunctioning email addresses or incomplete registration. He said if any parent of a student had not received any virtual learning information, they should contact their child’s school to solve the problem and ensure there is a functioning email address on file and their child’s registration is complete.

Whan acknowledged that the system is a new one for everyone involved, and he said the district is committed to both working with parents and the district’s virtual providers to make the transition as smooth as possible.

Despite the problems some parents have faced, Whan said he believed Dowagiac Union Schools had a successful first week of classes.