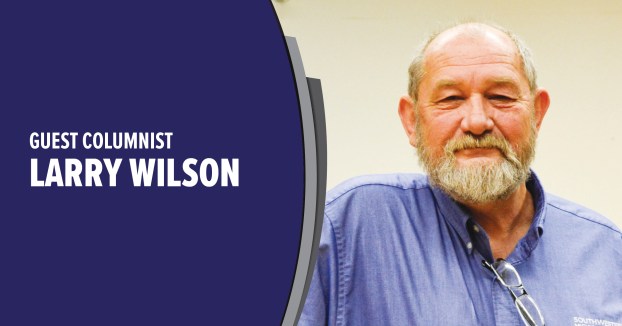 The sun broke on Thursday morning, and I took advantage of the complimentary breakfast offered at the Natchez Grand Hotel. Halfway through my first cup of coffee, my order of Mississippi style biscuits and gravy arrived and I felt as if I had found my happy place.

For those that may not know, “Mississippi style” biscuits and gravy are just like any other biscuits and gravy — except they are made with double the amount of whatever goodness goes into making biscuits and gravy taste so amazing. After happily devouring my cholesterol laden meal, I poured myself another cup of coffee, sat back in my chair, and considered the day’s possibilities.

US-61 is often referred to as Highway-61, also known as the 1,400-mile long Great River Road, but it is most reverently referred to in Mississippi as the Blues Highway. As such, the Blues Highway follows the Mississippi River from New Orleans to Memphis, cutting through Natchez, and bisecting the fertile cotton fields of the Mississippi Delta — a flat expanse of lowland sitting between the Mississippi and Yazoo Rivers. Deep within the heart of poverty and suffering in the cotton fields of the Delta, from the families of slaves and sharecroppers, sprang America’s Music — the Delta Blues.

Famed musicians such as Robert Johnson, Son House, Muddy Waters and B.B. King (just to name a few) grew up in the Mississippi Delta and honed their craft in smokey juke joints and street corners, up and down the Blues Highway. Being a fan of their music, I felt the need to follow their path.

Along the way, I made quick stops in small towns like Port Gibson (birthplace of Jelly Jaw Short), Valley Park (site of radio station WEZY, where the “Soggy Mountain Boys” recorded Man of Constant Sorrow in the movie ‘Oh Brother, Where Art Thou?’), Rolling Fork (home of renown gospel singer Willie Mae Ford Smith and location of a Bumpers Drive-in, featuring car-hops and cheap prices), and Panther Burn (honestly, I stopped there just because of the name — there wasn’t much to see).

I also stopped in Greenville, Mississippi where, in the 1940s and ‘50s, Nelson Street rivaled Beale Street in Memphis for its flourishing juke joint and club scene. Today, it is an impoverished street in an impoverished town, seemingly devoid of the music that once brought it life. However, not too far from Greenville is Indianola, birthplace of B.B. King and home of the B.B. King Museum and Delta Interpretive Center — a must stop for anyone traveling the Blues Highway.

As the day continued, so did my travels — but by day’s end, I was still in Mississippi (Clarksdale, Mississippi, to be exact) and about to stumble upon the Holy Grail of Delta Blues folklore.

In the early 1930s, Robert Johnson was described as, “a competent harmonica player but an embarrassingly bad guitarist.” Johnson disappeared from the music scene for several years and returned to become one of the elites of Blues guitarists. According to the legend, at midnight, Johnson met the devil at a crossroads about a mile from the small town of Clarksdale. The devil took Robert’s guitar, tuned it, and played a song before handing it back. After that, Robert Johnson possessed one of the greatest gifts of guitar mastery. From this deal with the devil came the inspiration for Johnson’s composition “Crossroads Blues,” famously covered by Eric Clapton.

Nowadays, Clarksdale has grown well beyond the limits of that darkened crossroad, but the intersection of Desoto Avenue and N. State Street (now home to Church’s Chicken and Daylight Donuts) is reputed to be that very crossroad — and I was there!

Having “been down to the crossroads,” I felt this was as good of a time as any to point my pretty red truck back towards the Center of the Universe. The next morning, I put another great adventure in my rear-view mirror and headed for the comfort of my own bed.

Hope you enjoyed the trip. Thanks for riding shotgun.

Like so many cities, Niles was built on water power. The swift waters of the St. Joseph and Dowagiac Rivers... read more