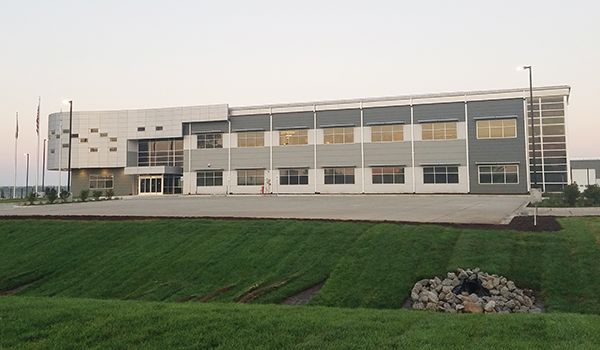 CASSOPOLIS — Nearly two years after it opened its new headquarters on Decatur Road in Penn Township, Midwest Energy and Communications has been annexed back into Cassopolis village limits.

The move was approved recently by Penn Township and the village of Cassopolis. Cassopolis Village Manager Emilie Sarratore said it was a win for everyone involved.

The village and Penn Township reached a 425 agreement, which brought approximately 450 acres of MEC’s property into the village limits.

“A 425 is similar to an annexation in that Penn Township for 50 years will still receive the benefit of their taxes and their water service,” Sarratore said. “So, that is what really is what the agreement came down to, allowing Penn Township to retain handling the water service out there and the village will handle basically everything else.”

Sarratore said that this is an example of how everyone can work together toward a common goal.

“This shows we are working in the best interests of our community, our business partners and our residents,” she said. “Penn Township wins. The village wins. The county wins. The school wins, and Midwest Energy wins. That is a great showing by all of the parties that participated to get this done quickly so that Midwest has the opportunity to do things that it wants to do. I am really proud of this agreement. I am proud of Penn Township and the village. We had some help from the county administrators to get this done.”

Sarratore said that all of the projects the village has going on this summer are moving along.

However, one of those projects will no longer be finished by the end of the year as the state of Michigan just recently approved its $300,000 grant, which will be used for the Lakeshore Drive to downtown connector/boardwalk project.

Cassopolis was one of two southwest Michigan communities to receive a grant from the Michigan Natural Resources Trust Fund. Niles also received $300,000 for its Indiana-Michigan River Valley Trail development.

According to Sarratore, the state had approved the grant dollars for the project, but due to delays, it did not officially approve the project until this week.

“It had been held up in legislation,” she said. “So, we had just been waiting for the final approval for that to happen. It is good news for us because we still get the dollars we had planned on. But because of the delay, this piece of the project will not happen until the spring of next year.”

The Streetscape project continues to work on infrastructure improvements, while the pier project at Stone Lake has begun. Both should be completed, barring any delays, by the end of 2020.

The village’s new offices, police department and Department of Public Works building continues to remain on schedule. The most current move-in date is early November.

With the village moving its offices and police department from its current location on Broadway, the council will be presented with a motion to find a new owner for their current building.

“The council will be presented with a resolution at the next meeting that this building will no longer be needed for public purposes,” Sarratore said. “So that we can look to market this building to some interested parties. I would like to get permission to move forward with that.”

On Tuesday, the water was switched over to the new water main through downtown Broadway, which took the entire day.

“As you know, construction can be a little painful,” Sarratore said. “I am really thankful that we have received a lot of support from the community and the businesses that have been affected by some of the shutdowns we had to do to update the water lines and make this progress. We know it is not easy and it is not fun, but I am thrilled with the amount support we are getting and the understanding from everyone that it is a little painful and sometimes things happen. But we are trying to address the issues as quickly as possible to make things right with anyone who has a problem that arises.”

CASS COUNTY — The demand for firearms in Cass County is on the rise. According to data provided by Cass... read more