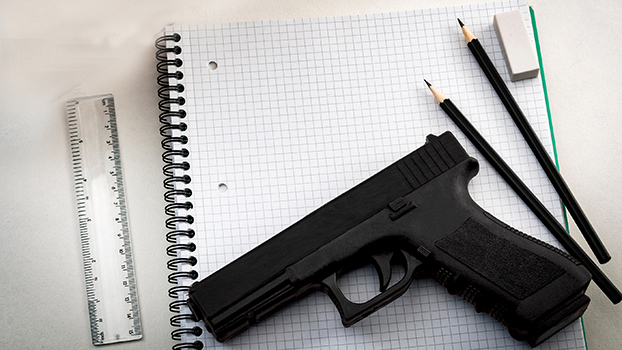 CASS COUNTY — The demand for firearms in Cass County is on the rise.

According to data provided by Cass County Clerk Monica McMichael, the county clerk’s office processed 137 new concealed carry permits from May 1 to July 23, up from 43 permits during the same time frame last year.

According to the Federal Bureau of Investigation, the National Instant Criminal Background Check System conducted 109,466 firearm background checks from Michigan in July, compared to 47,110 in January.

“The Michigan State Police run our background checks,” McMichael said. “It’s always a thorough check. Things have been delayed a bit because the state police are working from home, but we’re cranking those permits out within four to six weeks of applying.”

Local businesses have felt the impact of the increased interest in firearms. Johnathon Carver owns and operates Charlie Foxtrot Shooting Complex, 24401 Davis Lake Street, Edwardsburg, which offers patrons tactical and self-defense training for both at home and outside. An U.S. Army veteran and Indiana police officer, Carver believes that current events, including the ongoing social justice protests and the upcoming presidential election, are the primary factors in the increase of permits.

“Mostly it’s the civil discourse going on around the world,” Carver said. “Folks may have had a gun for a while but now are going out to get their concealed carry permits and making sure everything is in order. Folks are looking to get the necessary training, as well.”

To meet the high demand for services, Charlie Foxtrot has changed its schedule.

“In the last two months, we’ve been holding three classes per month,” Carver said. “We limit the classes to 12 to 13 students to keep a small instructor to student ratio. But because of that, we had to add two more sessions to meet the demand.”

One of the biggest trends Carver has noticed in recent months is the increase in women seeking firearm training. According to Carver, last week’s concealed carry class featured a 50-50 split between male and female participants.

“There has been a big uptick in women taking our classes,” Carver said. “In the past, men would bring their wives and girlfriends and teach them how to shoot, but now there are women getting guns on their own, wanting to train of their own volition.”

Carver does not expect the demand for firearms and firearms training to die down.

“We’re definitely going to see this for the remainder of the year,” Carver said. “Everyone getting firearms will be taking classes. People who have never held or shot a gun are coming out.”