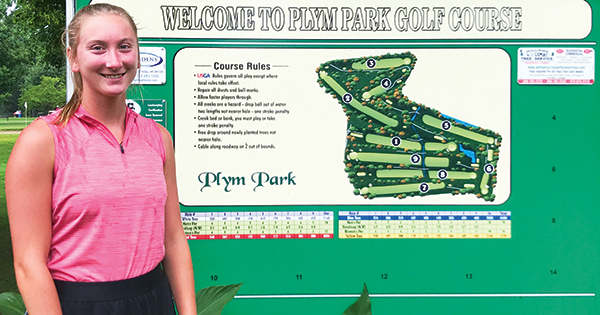 NILES — A mixed bag of weather, from sun and humidity to rainy and windy greeted the participants in the first weekend of the Niles City Golf Tournament at Plym Park.

In the end, a pair of first-time winners highlighted the opening weekend of the event, which continues Saturday and Sunday with the Championship Flight, along with the A, B and C Flights. Play begins Saturday morning with the final round being contested on Sunday.

On Sunday, former Niles standout and current Olivet College player Aynslee Myer had no trouble winning the women’s flight as she finished with a two-day total of 162, which was 20 strokes better than runner-up Monica Schmidt. 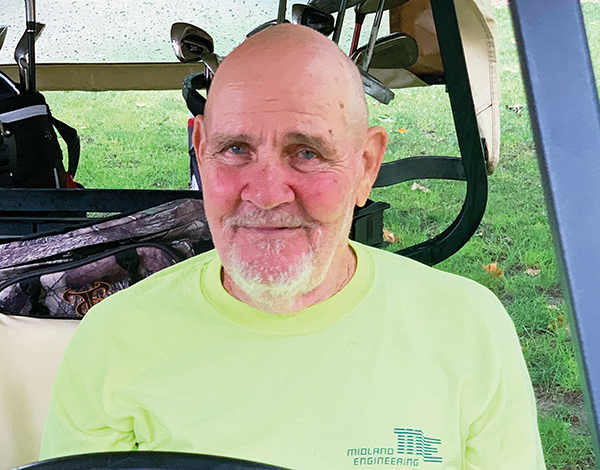 Cathy Daniels, a former women’s champion, finished third with a 182.

“It was fun,” Myer said. “This was my first year doing it. I really enjoyed it. The people I played with were really fun.”

Myer said the weather kept everyone on their toes.

“The second day was a little bit different because on some of the holes the wind was going with you, while on other holes, it was against you. You just had to read the wind and choose the right club.”

Myer, who is preparing for her sophomore season at Olivet, said she played plenty of golf this summer.

“I try to get out every day, or at least, five days a week,” she said.

Olivet was able to complete its entire fall season, but the team had to come home from Arizona as it was starting its spring season. Olivet took fourth place in the Michigan Interscholastic Athletic Association tournament at Bedford Valley in Battle Creek. Myer shot 174, the third-best total on the Olivet squad.

Two-time defending champion Mary Jane Lorance did not play in this year’s tournament.

Kenny Truesdell has played in the Niles City Tournament for 25 years and never had a top-three finish until Sunday.

“I never hit the ball good enough,” he said of the difference in prior attempts. “The weather really was not a factor.

Kessick added the Senior title to his list of championships in the city tournament.

He has also won the Championship Flight three times.

Rounding out the top five were Dave Hinegardner (161) and Terry Churchill (163).

Kessick said the par 5s were the difference for him in winning the title.

“It was kind of short from the yellow tees and I was able to birdie those,” he said. “Putting well and hit the ball pretty good.”

The deadline for registering for this weekend’s tournament is 5 p.m. on Wednesday.

Dave Beger is the two-time Championship Flight defending champion, while Matt Brawley, Andy Garland and Aaron Henderson won the A, B and C Flight titles in 2019. 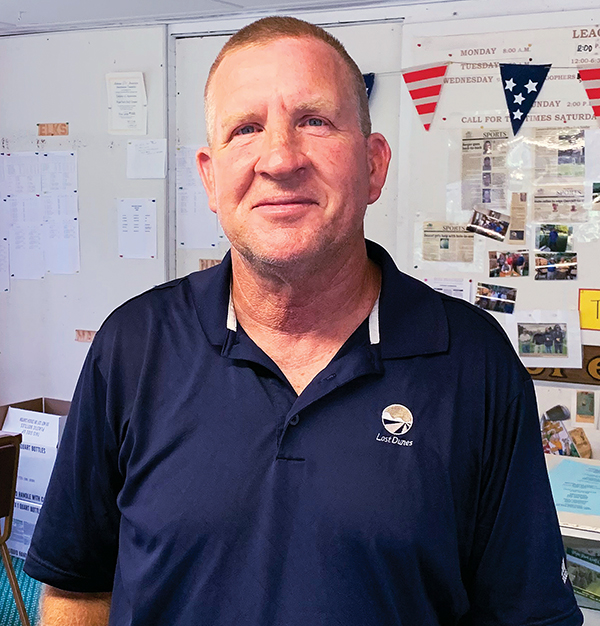 NILES — Standing outside of the Ferry Street Resource Center, 620 Ferry St., executive director Ric Pawloski is on the... read more