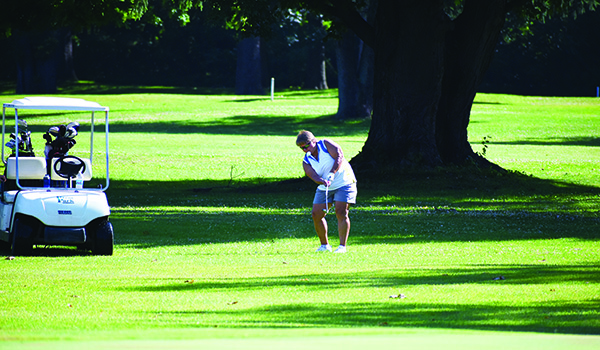 NILES — The decision has been made to have the Niles City Golf Tournament at Plym Park later this month.

City officials had been putting off deciding to have the annual golf tournament, which will be hosted over two weekends at Plym Park.

Due to the COVID-19 outbreak and state guidelines, the city has decided not to have a youth division this year.

“We are trying to keep things as normal as possible,” said Jamie Moody, executive assistant and stormwater coordinator for the city of Niles, and tournament director. “The golf course has been busy this year, and people want to play golf.”

Part of the decision not to have a youth division this year as past participation.

“We have not had a lot of golfers sign up, and right now it is easier to focus on the other flights,” Moody said. “Maybe next year.”

The Women’s Division, Senior Division and Super Seniors will kick off the tournament the weekend of July 18 and 19. Tee times will be announced following the July 15 deadline for entry.

The cost remains $20. There will be a late fee added for those registering after the deadline.

The second weekend of golf features the Championship Flight, as well as the A, B and C flights.

Tee times will be announced after the July 22 deadline.

Dave Berger won his second straight Championship Flight title as he shot 153 to defeat Josh Townsley by three strokes. Townsley finished with a two-day total of 156.

Matt Brawley won the A Flight championship in a playoff with Ryan Head. The two-shot 163, which was one shot better than Bret Scott’s 164. The B Flight title went to Andy Garland, who shot a 167, which was four shots better than Tim Howard.

Aaron Henderson won the C Flight championship with a two-day total of 177. John Sexton was second with a 189.

You can sign up for the tournament at the Plym Park Golf Course.