NILES — Leader Publications has welcomed a new addition to its news team.

Max Harden, of Niles, has joined Leader Publications as a news reporter. He will primarily be working in the Dowagiac region.

Originally from Muskegon, Michigan, Harden graduated from Muskegon High School in 2009 before attending Calvin University in Grand Rapids, Michigan. He graduated with a bachelor’s degree in media studies in 2013. 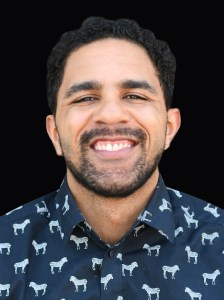 “From a very young age, I always wanted to get my hands on any and all information that interested me,” Harden said of what inspired him to pursue a path in media. “When I was in high school, I would always read the sports section in the paper before classes started. It was part of my daily routine. That thirst for knowledge evolved from wanting to be the consumer of information to being the producer of information.”

His professional experience has primarily been working in sports reporter positions. He began his career with MLive Media Group in Walker, Michigan before taking a role with Pioneer Group in Big Rapids, Michigan. Most recently, he worked at the Herald-Palladium in St. Joseph.

At Leader Publications, Harden will be shifting his career away from sports to cover primarily community news. While it is a change, he said he is excited about the opportunity.

“Being able to engage the people and businesses that make the community go is what excites me the most,” he said. “Everyone has a story to tell, so being in a position to give voices to those people is what keeps me going.”

After living in Muskegon and Grand Rapids for most of his life, Harden relocated to Niles in 2019 and said the transition to an area with a small-town feel was welcome. Now, he looks forward to planting roots in Dowagiac.

“It’s a new environment for me, but that’s why I wanted to be here,” he said. “I look forward to learning more about the people and places that make Dowagiac great.”

NILES — “Kick stand down” reads the beginning of an update on the Niles Burn run website regarding the July... read more