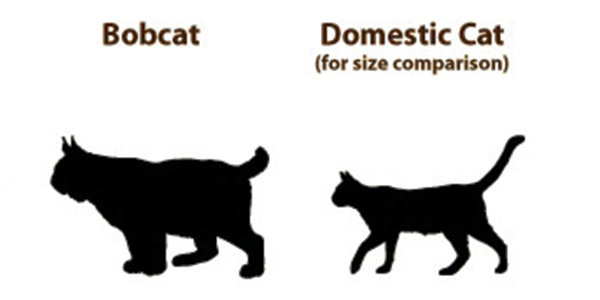 Rare bobcat sighting not a surprise, but a treat, according to DNR officials

NILES — A recent apparent bobcat sighting has social media abuzz in and around Niles.

According to the Department of Natural Resource officials, bobcats are not rare in southwest Michigan but seeing one is.

Bobcats, which average three-and-half feet in length, have a tail that is approximately 6 inches long and weigh between 10 and 40 pounds, like to keep to themselves, so seeing one, especially in the daytime hours, is a rare occurrence, according to officials with the Pokagonn Band of Potawatomi Department of Natural Resources. 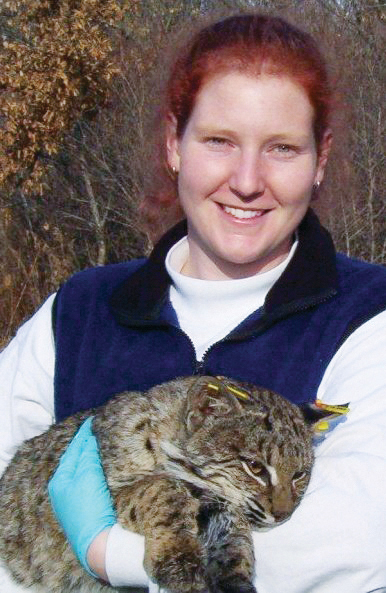 Pokagon Band DNR Director Jennifer Kanine is seen here with a bobcat. Recently, a bobcat has been sighted locally. Kanine said the animal is probably searching for new territory and should be left alone. (Submitted photo)

“One of the reasons that people are probably seeing a bobcat is because this is the time of year they are moving around and trying to establish new territories,” said Jennifer Kanine, the Pokagon Band DNR director. “The likelihood is this is a young individual that is trying to find his own territory where they will not have to be fighting all the time with other bobcats. So, they have to go far and wide sometimes because those territories are taken up by other animals, and they keep getting kicked out until they can find and establish their own territory.”

Kanine added that because of urban encroachment, bobcats run across houses at the edge of the wood, so they are unsure what they should do or where they should go.

“They have to get their bearings about them and try to find a corridor to get to that next woodlands to get to that territory they can claim for their own,” she said.

Bobcats resemble a cougar. They have black coloring on the end of their tail and tips of their ears, which are pointed with small tufts of fur. Young bobcats have spots on their fur.

Bobcats are not just a northern species, but live throughout the state of Michigan. They can even be found in the outskirts of large cities such as Detroit.

They are no threat to humans, but should be left to themselves like any other wild animal, Kanine said.

“They are not to be toyed with,” Kanine said. “They are a wild animal. You should not be trying to pet them or get anywhere near them. You can observe them from a distance if you come upon them. Just because they are outside during the day does not mean there is anything wrong with them. It just means they are trying to find a way to find a new home.”

DOWAGIAC — Saturday morning, cars lined up outside of Dowagiac Union High School as the opening notes of “Pomp and... read more